BELIZE CITY, Mon. Aug. 17, 2020– Competitive sports are once again on hold, since the new measures announced over the weekend with the latest State of Emergency, following the huge spike in Covid-19 cases across the country.

Information was slow in coming in, but here are the results from the last two weeks of competition in the Freetown Basketball Tournament 2020, which got under way on Tuesday, July 21, at the Belama Phase 2 Basketball Court, and is being sponsored by area representative, Hon. Francis Fonseca.

The 8 teams, divided into two groups of 4, are playing a single round-robin within their group, in addition to 2 out-of-group games, after which the top 2 teams from each group will go on to the semifinal knockout playoffs.

Below are the standings at Week 3 of the competition. 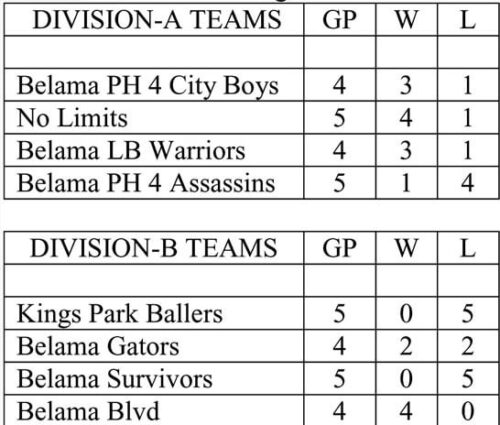