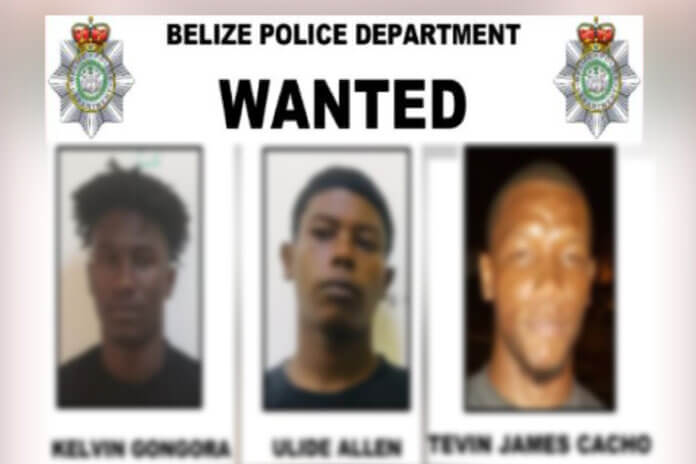 Over forty “Wanted” posters sit plastered across the Crime Stoppers Belize Facebook page, all of them displaying a wanted man’s photo, a brief description, the Crime Stoppers hotline number, and, in bold, white print: “Subject ___ wanted pending investigation for the crime of being the member of a gang for the purpose of committing serious offences.”

After a thorough read-through of the many posters, certain patterns begin to stand out. For one, that though the persons on those posters are of varying complexions, different residencies, and even differing ages, they are all young, black males.

What stand out even more, though, are the vast differences in the occupations that these men have: vendors, construction workers, barbers, fishermen, laborers, car dealers, and, yes, even students.

And although the anger over the gruesome situation that led to these wanted posters flooding the social media channels still and always will persist, one can’t help but feel a touch of sadness – a pang of grief at the thought of how all these men, with jobs and with families, who were once regular members of society, like the rest of us, lost their way.

How did they manage to end up where they are now, trapped by the tight grip of gang culture, lost, and on the run? Who failed them?

Was it society, who told them when they were younger that they could not amount to anything more than what they were – that they were destined to be branded and labeled with prejudice, so they might as well turn to those who welcomed them, even if their welcome gift is a gun?

Was it the government – the politicians who swear to do good, by the people and for the people, but only when elections come around, and only for a select few? The ones, that pat themselves, on the back, for doing such a great job in their communities, while poverty remains prevalent?

Did they fail themselves when they wavered under pressure and turned to a life of crime?
Did their families fail them by giving up when they realized that there was no saving them or supporting their lifestyle because, in the end, “it is what it is” and “people need to live, somehow”?

Or was it the very men that they serve – the leaders and the kingpins who cast their nets wide and entrap potentially great young men with false promises of greatness and masculinity, pulling them into a life of darkness, thus continuing a grim and bloody cycle?
Many Belizeans who look through those wanted posters will see a familiar face or two – some persons I know saw more than that.

Many will also look at some of those faces and say, “but he doesn’t do that anymore.”
And yet, the lives, that some of those men once lived, and the lives that some of them continue to live, to this day, remain forever changed. They remain unable to escape from the clutches of the life of a person branded as a “badman” – all because someone, somewhere along the lines, failed them.