Home General Where did all the chickens go?
General

Currently, consumers are affected by a nationwide scarcity of chicken. The BPA and large poultry processing companies like Quality Poultry are looking for answers to explain the situation, but have found none to date.

Recently, poultry-producing communities such as Shipyard and Blue Creek were placed under a State of Emergency due to an emergence of cases of COVID-19 in those communities. The lockdown of these areas might be contributing to the current shortage in the market, says Armando Cowo, manager of the Belize Poultry Association.

Cowo said, “Before the lockdown, their trucks could have leave at midnight to be in Belize City at seven in the morning; they cannot do that right now.”

So, while there is no real shortage in chicken, per se, since the companies say they have ramped up poultry processing to at least ninety-two percent of the pre-COVID-19 production levels, the lockdown has placed hurdles in the process of getting the poultry to the consumers in time.

Many questions remain unanswered, but the BPA has theorized that travel restrictions which have forced Belizeans to stay within the country have led the population to consume more chicken.

In a telephone interview with local media, Cowo said, “We believe that the millions of millions of dollars going over the borders both to Melchor and Chetumal has an impact. People are no longer going over, so therefore, they stay at home and are eating more chicken. For July we put in 1.1 million birds into the barns, an increase of a hundred thousand birds as compared to previous months, and we still have the same situation — not enough chicken in the freezers. 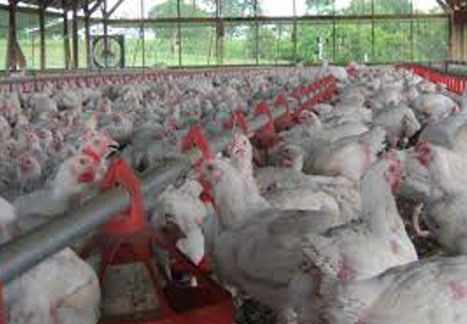 “Where is the chicken going? Who is consuming it, is a phenomenon for us as well. We don’t have the answer.”