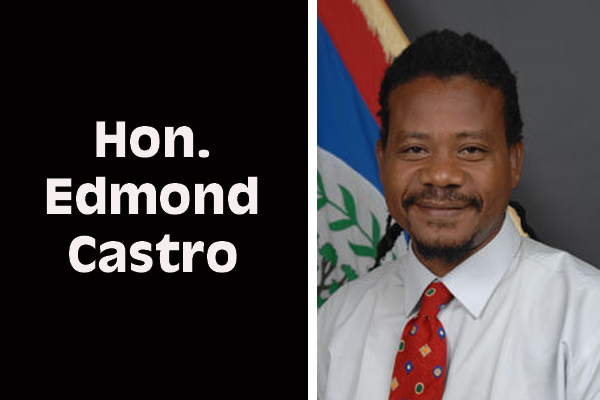 While much of the scrutiny of the recent Immigration scandal has been directed at former Minister of State, Hon. Elvin Penner, there may be another damning scandal on the horizon that could possibly implicate yet another sitting member of the ruling UDP.

As the nation is still grappling with the circumstances surrounding the fraudulent issuance of Belizean passports and nationality to numerous foreign nationals, including an international fugitive, reportedly by government officials, the issue of a suspected visa hustle within the current administration, given credence by none other than Prime Minister Dean Barrow himself, has also come to light.

Well-connected Chinese nationals apparently have paid large sums of money to get hold of these visas so that they are easily able to make their way to the United States, from Belize.

In a recent press conference, held earlier this month on October 10, to address the irregularities at the Immigration and Nationality Departments, Prime Minister Hon. Dean Barrow acknowledged that he had heard of the visa hustling scheme, and noted that he has repeatedly urged his ministers to cease and desist from such activities, because those acts of corruption could “bring down” the government.

In the words of PM Barrow a few weeks ago, “If there’s one thing that can and would bring down this government, it is hustling in Immigration. I have heard that Ministers are procuring visas for people – I’ve said pretty much [at] every second Cabinet [meeting], if you are doing so – I have no proof, but if you are doing so, for God’s sake, stop it! Stop it! That is what will cause the government to fall.”

However, an anonymous individual who appeared on News 5 yesterday, Wednesday, October 23, has fingered a sitting Minister of Government, claiming that that Minister is a part of a visa hustling ring that facilitated visas for up to 200 Chinese nationals. The individual claimed on Channel 5 that the Minister was paid $2,000 for every visa that he facilitated.

According to the individual, who said that she got involved by means of her acquaintances in the government, she got in contact with the Minister, who agreed to aid in the facilitation of visas at the cost of $2,000 per passport visa.

The person, who appeared in silhouette on camera stated that she would take the application forms that she was given, along with the Chinese passports and money, to the Minister’s office, where the Minister’s secretary would process a letter for him, the Minister, to sign, after which it would be sent to the visa section of the Immigration Department for further processing.

The anonymous insider said that the entire process took place within a matter of two days, after which she would then be paid her share.

She also mentioned that the scheme, in which she was involved, went on for six months – from October 2012 to March 2013 – and that visas were facilitated on a weekly basis for Chinese nationals.

After receiving the visas, she alleged, the Chinese nationals would allegedly enter the country and head directly towards the northern border in hopes of reaching the United States.

Amandala has not been able to get in contact with the alleged Minister – Transport Minister of State Edmond Castro – to get his response to the serious accusations, as we understand that he is presently out of the country.

But 7 News spoke to him via telephone late this evening. Castro, who is in Miami, in an earlier call denied the allegations in its entirety, saying that “he knows no such thing, and nobody has given him any money for paperwork.”

“I don’t know anything about the processing of any damn visa, and all this foolishness I am hearing, I know nothing about it, and I intend to sue. So when I get back, I will be meeting with my attorney. We will be drafting up any letter we need to draft up, so that we can send Channel 5 a letter, because this slandering and slandering makes absolutely no sense,” Hon. Castro said.

“I know nothing about any Chinese visa, I know people come to us as area representatives and as ministers from time to time, requesting and asking to sign documents, but I don’t know anything about what they’re talking about, that they paid me so much money,” the Minister continued.

In a second conversation 45 minutes after the first, the Minister of State said that he had learned the name of the whistleblower, and conceded that she had indeed visited his office, more than once.

He described her as “always crying hard time,” but admitted that he had helped her, but not with “200 visas, no way, no way.” He said the woman had never one day given him “a damn dollar,” or “even lunch,” and “she had not given anything to anyone.”

“I have never dealt with her by myself, individually,” said Hon. Castro.

Hon. Castro also made known his intentions to sue the whistleblower.

We also could not speak with Prime Minister Dean Barrow, because he is in Los Angeles.

However, activist Rufus X has indicated to Amandala that he has secured a protest permit from the police, because “a group of people” had it in mind to greet the Prime Minister on his return to the country tomorrow afternoon.

“We want to let him know on his return that there is even more of this corruption tarnishing the nation, and they can run, but they can’t hide,” Rufus said.