Woman who transmitted coronavirus may be charged, AG Peyrefitte says 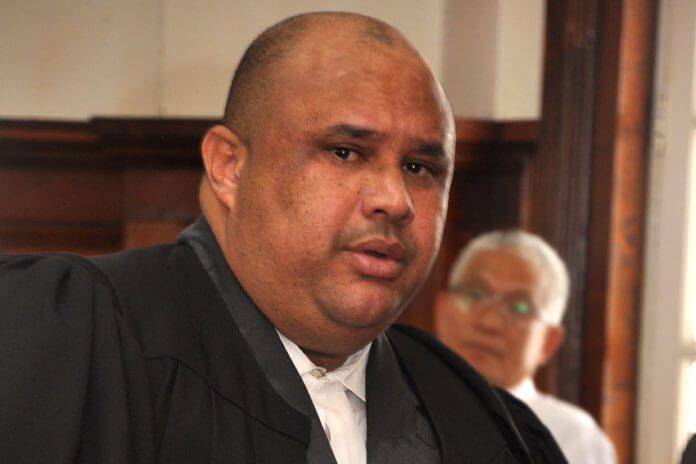 BELIZE CITY, Fri. Mar. 27, 2020– A San Pedro businesswoman who returned to Belize on Thursday, March 19, on an international flight from the U.S. city of Los Angeles, became the country’s first confirmed case of the coronavirus.

The 38-year-old San Pedro resident assured authorities when she arrived that she would go into self-isolation.

When Prime Minister Dean Barrow made the announcement of the first COVID-19 case on Monday, March 23, he assured the country that there was minimal risk of the woman transmitting the virus to others, since, as he understood it, the person “had already started feeling unwell and so went straight into self-isolation.”

“I say this not to preempt the medical personnel who will talk to you as soon as I’m done, but to make the point early on that while we don’t know for sure, and while the full tracing and mapping exercise will be done, it does seem as though there was very minimal contact with anyone except for the physician that attended the person at the private clinic she visited, and that physician was properly protected … point being that we are hopeful that the incidence of transmission would pretty much be nonexistent,” Prime Minister Barrow went on to say.

That, however, has not been the case, because the woman, who Prime Minister Barrow said was a Belizean who “goes back and forth between our country and the US” and who arrived in Belize from Los Angeles on Thursday of the week prior to her testing positive for coronavirus, had reportedly attended a party on San Pedro on the Saturday after her arrival. In addition, the woman apparently intermingled with family members and transmitted the virus to her mother, who tested positive for coronavirus, becoming the second person in the country to be infected with COVID-19, the pandemic that has been sweeping across the world since it was first discovered in Wuhan, China, late in December last year.

Since the woman apparently lied to authorities and did not self-isolate, Attorney General, Hon. Michael Peyrefitte, is of the view that the woman should be charged for violating the quarantine laws.

Peyrefitte is quoted by News5 as saying, “There is a general law in the Quarantine Act, and we are certainly looking into that. We have to determine, and we believe that she was warned upon arriving at the airport in Belize to immediately inform the Ministry of Health and to immediately self-isolate. By failing to do that, she may have committed an offence. We are currently looking at that as we speak, and I am telling you, if the evidence lines up of committing that offence, we will definitely charge her with that offence.”

Attorney General Peyrefitte mentioned that there is a general law under the Quarantine Act that his ministry is looking at. The woman in question, however, arrived in the country before the quarantine law was put into effect this past Thursday, but it remains to be seen whether the section of the law that the AG has in mind could be retroactively applied for this particular case.