WPC Marilyn Pate, recovering from chops wounds to the head 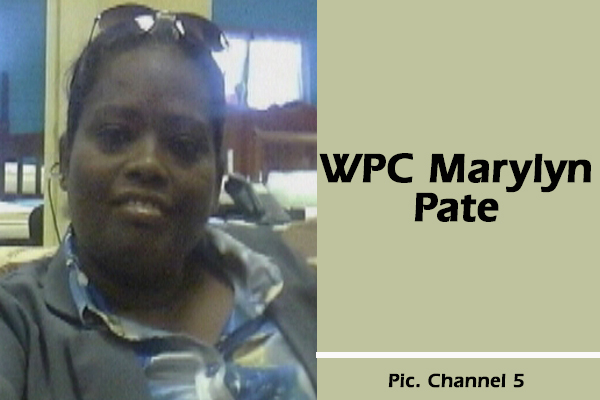 Police officer Marilyn Pate, of the Orange Walk police, who was chopped multiple times in her head and on her hands in Trial Farm, has been discharged from the Orange Walk Hospital and is recovering at her home.

She had received five chop wounds to her head, and suffered a fractured skull as a result. She was also chopped twice on her hand and she complained about a swelling on her face and numbness in both hands.

According to police, the incident occurred about 3:30 on Friday, December 6. Pate, along with officers from the Human Services Department, had gone to the home of Oscar Hernandez to investigate allegations of sexual abuse of children made against him when Hernandez allegedly attacked her in his yard with a machete. Oscar Hernandez has since been on the run.

Inspector Julius Cantun said that although Pate has been discharged from the hospital, she goes daily to get dressing for the wounds. He said that the Police Department has made an effort to play a supportive role, but her immediate colleagues are also helping her.

Cantun said that they are actively looking for Oscar Hernandez, who is wanted for the attempted murder of WPC Pate. He reminds the public that Hernandez should be considered armed and dangerous, and should not be approached. If he is seen, kindly contact the nearest police station.