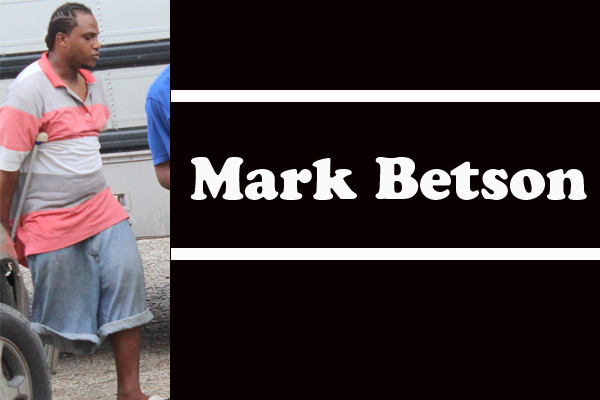 8 family and friends charged; one pleaded guilty, telling the court that he needed it for his amputated foot

Today, Patricia Marie Wagner, 54, an auxiliary nurse of #57 Dean Street; her common-law husband, Gilbert Lightburn, 70, a resident of #20 Cemetery Road; her two sons, Clifford Betson, 33, a technician, and Mark Anthony Betson, 28, a market vendor; Ludrick Wagner, 22; Giovannie Barrella, 29, an employee of the Ministry of Health; Natasha Gillett, 29; and Stafford Young, 23, all of the same Dean Street address, were taken to court and drug trafficking charges of 62 grams of weed were read to them.

Sixty grams is the limit for a charge of possession. Anything over that is listed as drug trafficking.

According to police, at 5:30 a.m. on Saturday, February 2, police went to #57 Dean Street and conducted a search of the house and premises. When police searched the yard, on a table supported by some soft drink crates, they found a black plastic bag with suspected cannabis inside it.

When the charge was read to them, all the accused were present in court, except for Young. They were unrepresented, and all but Mark Anthony Betson pleaded not guilty. In his defense, Betson, who has an amputated foot, told the court that the cannabis is for his personal use and not for distribution. He further said that his family had no knowledge of the drugs and begged the court for leniency.

After hearing his mitigation, Magistrate Adolph Lucas imposed a fine of the mandatory $10,000, which is to be paid by December 31, 2013.

In default of payment, Betson will be imprisoned for 3 years.

The charges against the other accused were then withdrawn.