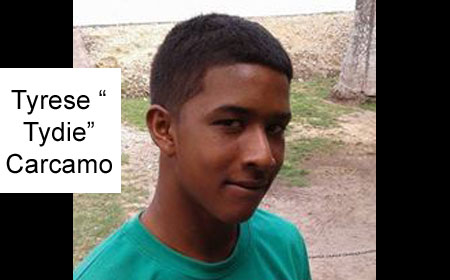 Carcamo had suffered severe head injuries after a taxi heading in the direction of Belize City on the George Price Highway knocked him off his bicycle on Monday evening.

The taxi reportedly was attempting to overtake the cyclist, but its front bumper hit the rear end of the bicycle.

The minor was thrown several feet up into the air and landed on the windshield of the taxi being driven at the time by Edward Kennedy Castellanos, 41.

Hattieville police told Amandala that Castellanos will be served with a notice of intended prosecution. Police are awaiting post-mortem exam results before they proceed with charges against the accused.

Carcamo, a second form Ladyville Tech student, had recently celebrated his 16th birthday in March of this year. Carcamo, a Fabers Road resident, leaves behind five sisters and three brothers.