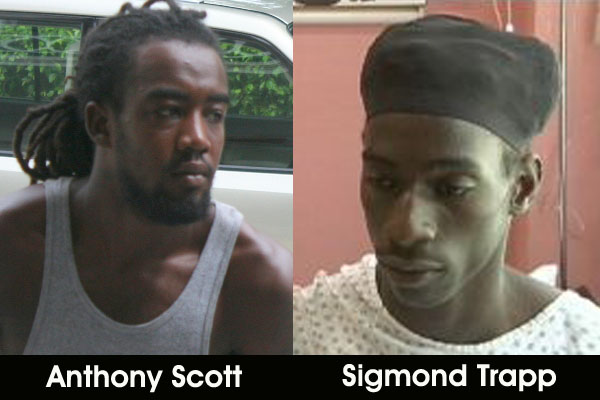 This past weekend, there were three separate shootings in Belize City in which a teenage girl, a 21-year-old woman and at least six young men were all injured by gunfire.

However, it all started on Saturday night sometime after 9:00 p.m., when two men were shot just a block away from the Precinct 1 Police Station at the corner of Kut and Amara Avenues.

According to police, Sigmond Trapp, 28, and Anthony Scott, 25, were walking on Kut Avenue heading towards Euphrates Avenue when a gunman who was travelling in an SUV with dark-tinted windows which came from the direction of Euphrates Avenue, fired several shots at them.

Today, Officer Commanding Precinct One, Superintendent Alden Dawson, told the media about the incident and the condition of the victims.

He said, “Sigmond Trapp and Anthony Scott, were [both] walking on Euphrates Avenue, and upon reaching the intersection with Amara and Kut Avenues, a black Ford Escort drove up to where they were walking and one of the occupants lowered one of the windows and fired several shots, causing injury to both Scott and Trapp. Trapp has been shot in the right hand and right leg, and he remains in a stable condition at the KHMH, while Anthony Scott has been shot in the right hand and suffered a graze to the upper back. He has so far been released from the hospital.”

Although we understand that both shooting victims are no strangers to the law, Police say they are still trying to establish a motive for the shooting.