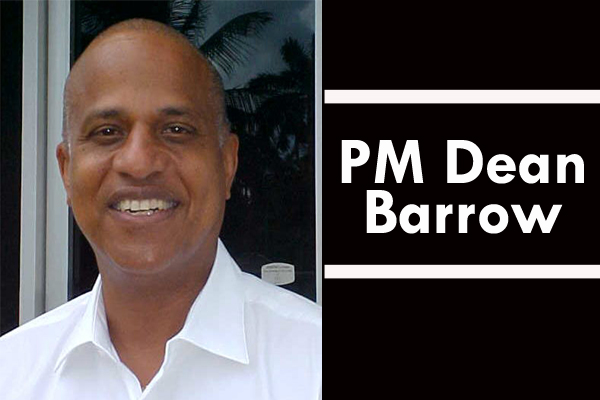 Even with super-bond savings, financing gap is nearly $130 mil

“…a statutory instrument will be presented to amend the Sports Act, to expand the gamut of doping tests to be administered in Belize.”

At around 10:00 this morning, the House of Representatives is scheduled to convene for the presentation of the proposed national budget by Prime Minister and Minister of Finance, Dean Barrow.

Amandala understands from an official source that the budget book was still being published by Print Belize as we went to press Thursday night, but it should be available first thing today.

Multiple government sources indicate to Amandala that the numbers in this year’s budget are not much different from last year’s.

Amortization of debt will require another $64 million. This figure, we were told, was derived based on the new terms of the renegotiated super-bond.

The budget deficit is also projected at roughly $60 million, or just about 2% of GDP.

Amandala tried to get comment from the Ministry of Finance about the new budget; however, the Financial Secretary sent a message to us indicating that he was busy.

Meanwhile, the unions will be listening to the budget presentation to see what’s in it for workers. The Barrow administration has hinged a future pay raise for teachers on budget performance.

Dylan Reneau, president of the National Trade Union Congress of Belize, told our newspaper that there was no consultation with the unions during the budget preparation process.

He said that one of the things that concern the union is recurrent revenue, since it is critical for the salary negotiations.

“It would have been nice to see what sort of measures government will put into effect to try and ensure greater efficiency in revenue collection,” said Reneau. “We also wanted to see where government is taking onboard [measures for efficiency such as] …cuts in operational expenses and rentals. We want to see if there will be a policy statement,” he added.

According to Reneau, one of the measures now in train is the implementation of a fuel card for government vehicles, as part of the government’s vehicle policy.

“Each driver will have a card with a limit of fuel for the month. When that runs out, ‘dawg eat yuh suppa…’” he said.

Reneau also said that the unions will be curious to see what would be the direct cost impact of the renegotiation of the super-bond, and how it will impact government’s overall deficit and amortization of payments.

Apart from the presentation of the national budget, the House will receive the National Youth Development Policy launched this Wednesday, as well as several papers which include the Ombudsman’s reports for 2010-2012, and the Contractor General’s reports for 2011-2013.

Furthermore, a statutory instrument will be presented to amend the Sports Act, to expand the gamut of doping tests to be administered in Belize.

The budget debate is slated for March 21 and 22, and the Senate is expected to meet the week after to review the proposed national budget. The new budget is to take effect April 1, 2013.