32 stitches in face for abused woman 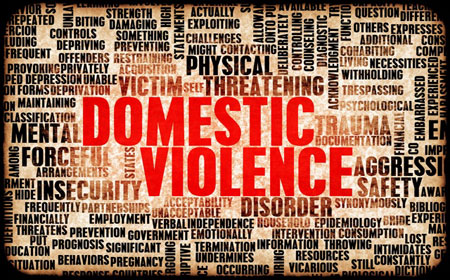 ROARING CREEK, Cayo District, Mon. July 4, 2016–A Roaring Creek woman has had 32 stitches put in her face after she was beaten all night and struck in the face with a beer bottle by her jealous boyfriend.

The victim, 23, reported to Roaring Creek police that her boyfriend of eight years and father of her 5-year-old daughter physically abused and terrorized her for almost a day in their Roaring Creek home.

The victim’s mother has since posted images of the victim and her attacker on Facebook.

The mother told Amandala that the incident transpired after another female approached her daughter’s boyfriend and suggested that her daughter (the victim) was being unfaithful to him.

Her daughter’s boyfriend then returned home enraged on Wednesday evening and began to physically and verbally abuse her daughter.

She further told us that in an attempt to escape the ongoing beatings, at around 7 a.m. on Thursday, her daughter got permission to go to their neighbor’s house for a painkiller, Tylenol. Upon arriving at her neighbor’s house, she immediately called her mother and requested her intervention.

However, after the victim took too long to return home with the Tylenol, her boyfriend pursued her and dragged her out of the neighbor’s house by the hair while punching her in the face and chest. He then reportedly struck her in the face with a beer bottle, which caused a huge gash in her forehead and nose, and split her left eyebrow in two.

Fortunately, her mother arrived on the scene and was able to immediately rush the victim, soaked in blood, to the hospital.

On Thursday evening, in the presence of her mother, the victim reported the matter to the police, but at this time, the mother told Amandala, her daughter is refusing to press charges against her attacker and is back at home with him.

According to the Officer Commanding Belmopan, Superintendent Howell Gillett, despite the victim’s refusal to press charges, the police will proceed with charging the alleged abuser for wounding (as the victim’s injuries were classified by medical officials) as soon as they can locate him.

Police, however, have not officially released the name of the victim and her attacker.

A police investigation revealed that the accused has a history of abusing women. One senior officer told us that he has abused every woman with whom he has been in a relationship.

The victim’s mother remains fearful that one day her daughter – who has been in a relationship with her boyfriend for eight years, since she was 15 and he was 24— will lose her life at the hands of the man whom she apparently loves, despite the horrible physical abuse.

She said that her daughter’s relationship is an overly abusive one, in which she is physically, verbally and financially abused every day. (The boyfriend, who is the only one who works, does not leave money with her for herself and the baby.)

The boyfriend is reportedly a government worker.

Superintendent Howell Gillett warned that women in abusive relationships should leave immediately or seek help for their spouses.