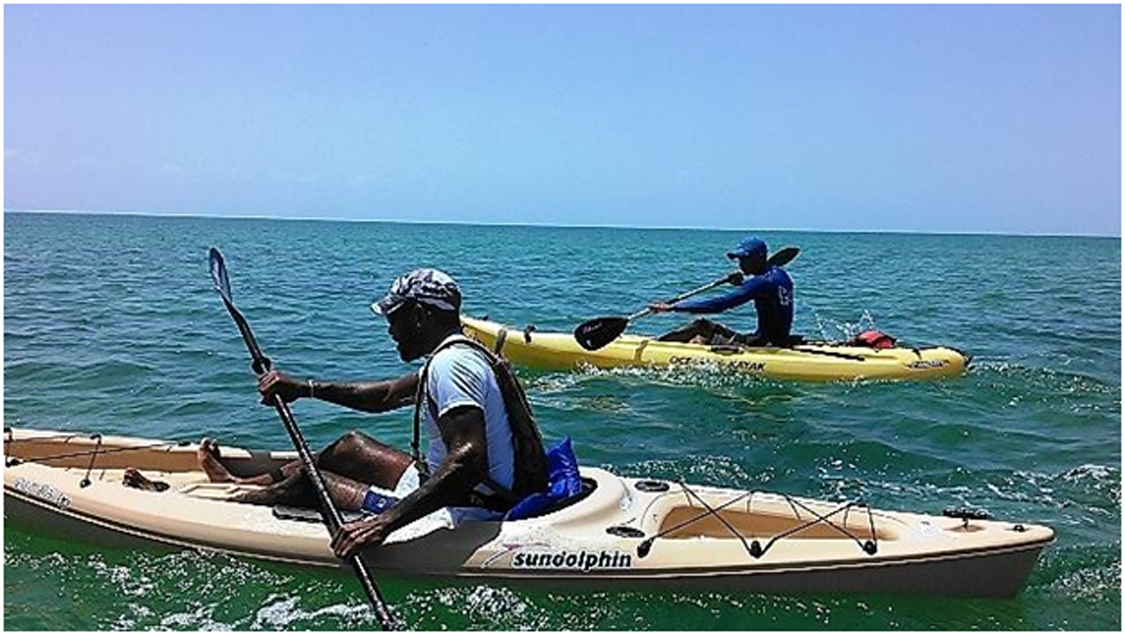 Chris Guydis, paddling for Paddle Stop, the only entrant in the Rudder Category, used a surfski sit-on-top racing kayak, and completed the race distance of about twelve miles in about two hours.  He was the overall winner, and opened a gap of about 21 minutes on the second place overall winner. Although no official time was taken, this was the best estimate, looking at our watches.  The surfski will most likely be the racing kayak of choice in the near future here in Belize.  Chris picked up a $300 cash prize with a trophy, and won all station prizes along the way.

The only other single entrant was in the Women’s Single Category. Allie Johnstone won that category, picking up $500 cash prize and a trophy.  She was fifth overall.  Great job, Ms. Johnstone!

The race started and ended at Palapas Gardens.

The race was organized by Mr. Robert Blease and the Caye Caulker Tour Guide Association. For more information about the event, please feel free to contact him at 666-0788.  This report was prepared by Paddle Stop.