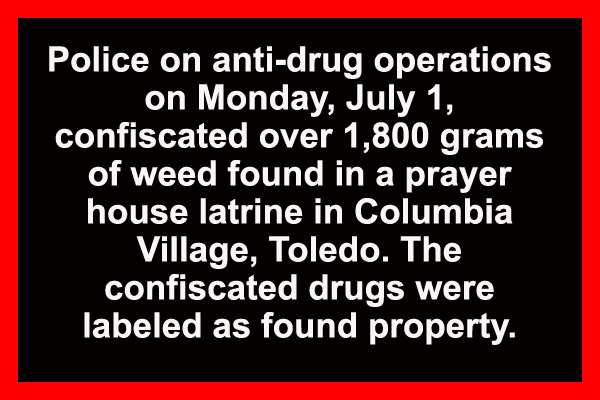 Police on anti-drug operations on Monday, July 1, confiscated over 1,800 grams of weed found in a prayer house latrine in Columbia Village, Toledo. The confiscated drugs were labeled as found property.

Police said that they went to the latrine of the prayer house, located on the compound of a church in the village, and found two black plastic bags, which, when opened, were found to contain ganja. The drugs were taken to the Punta Gorda Police Station, where it was determined, after the drugs were weighed, that the ganja retrieved from the latrine totaled 1,814 grams in weight.

No one was arrested. The drugs were labeled as found property and will be handed over for destruction by the Toledo police.