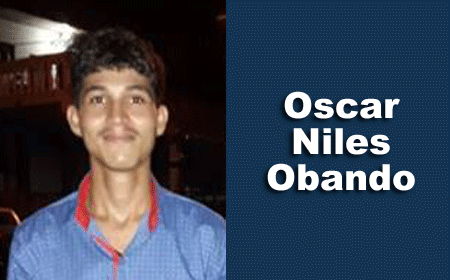 BELIZE CITY, Mon. Nov. 6, 2017–Four murders have been recorded across the country since Friday. One occurred in Belize City and another in Orange Walk Town, and they are covered elsewhere in this newspaper.
The most recent of the four murders occurred this morning in San Pedro, and Benque Viejo Del Carmen.

At a press conference held this morning, Assistant Superintendent of Police, Alejandro Cowo, told the press that at around 7 a.m. today, San Pedro police visited the first floor of an incomplete two-storey concrete building on Coco Plum Street, where they saw the body of a man, who was later identified as German national Adam Adalbert Cobbler, 53, who has been in Belize for the last five years.

Cowo said Cobbler was observed with a large cut wound in his head.

Initial police investigations revealed that Cobbler was last seen alive at his residence a block away from where his body was found, sometime after 10 p.m. on Sunday night. Police have not yet established a motive for his murder, or why he was at the unfinished building. Cobbler was found with all his personal possessions intact.

Regarding the other murder reported, police say that Benque Viejo police went to an area between Miles 25 and 26 on the Benque Road, where they saw the body of Oscar Niles Obando, 18. Obando, a student who resided on Old Bank Street, was seen with a single gunshot wound in his chest. Police have not yet established a motive for Obando’s murder.

Persons who are able to assist with information on either incident are asked to contact the Belize Police Department. Amandala could not locate the families of the victims for comments on their tragic losses.