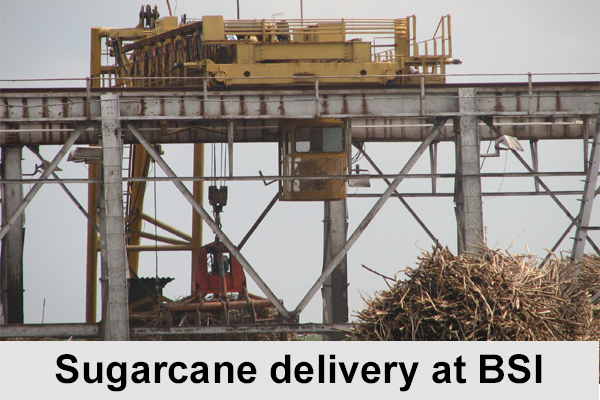 Cane farmers say if their demands are not met, they will not deliver cane to BSI come new crop year later this month

The membership of the Belize Sugar Cane Farmers Association (BSCFA)—numbering 5,339 active farmers at last report—are threatening to strike when the new crop year opens later this month. The farmers are at loggerheads with the management of the Belize Sugar Industries (BSI) over their demand for a financial stake in revenues earned from the production of electrical power from bagasse – the wastes from sugar cane now being used to produce power, not just for the company but also for the national grid.

Any strike by cane farmers would not only affect sugar production and exports – for which Belize must maintain production to protect its international niche – but could also affect power supply and prices charged to consumers, since the BELCOGEN (BSI) prices are substantially lower than the cost of power from non-renewable sources, such as Mexico.

BSCFA Vice President Alfredo Ortega told Amandala Wednesday that unless this matter is resolved before the new crop year opens on Monday, November 25, cane farmers will refuse to deliver cane to BSI’s Tower Hill factory, which is the only commercial sugar mill in operation in Belize.

He told us that even if the bagasse conflict is resolved satisfactorily, cane farmers may still be unable to deliver cane on November 25 – because, he told us, the sugar roads are in a “very deplorable” condition due to torrential rains.

For its part, BSI has said that the cane farmers cannot expect any return from the bagasse operation, because they made no investment in the power cogeneration plant.

BSI maintains also that, “A new agreement can therefore be finalized (with such changes as are mutually agreed) and signed separate from the bagasse issue.”

We asked Ortega whether they are talking with BSI to try and resolve the impasse. He said that they had received a letter from BSI inviting them to a meeting Tuesday, November 19, 2013 at 2:00 p.m. Incidentally, that is a public and bank holiday – Garifuna Settlement Day, and the venue of the proposed meeting was not named, he said.

“We don’t [know] if they will take us to the burial ground or to the wharf, because they have no location,” Ortega jested.

BSI’s Chief Financial Officer, Belezario Carballo, told the association via letter, dated November 11, that BSI invested $130 million in the building of the cogeneration plant – representing one of the largest private sector investments in Belize. The document does not disclose, though, how much BSI has earned from cogeneration using bagasse.

He indicated that BSI’s position, as had been expressed in October, remains unchanged, and called on the cane farmers to proceed with deliveries as planned on Monday, November 25 – when milling at the sugar factory in Tower Hill is expected to start.

“Unless the bagasse issue [is] solved, all bets are off,” Ortega insisted.

How much money do cane farmers want? Ortega told us that they are seeking $10 per ton of cane. Overall, this would mean that farmers would earn an additional $10 million from their product.

Ortega said that this would help to keep sugar earnings at home, since currently, much of the funds are funneled to Florida, because of the buyout of BSI by American Sugar Refining – a foreign company.

Ortega said that cane farmers had not requested any additional payment for bagasse when it was used for power generation for Tower Hill factory purposes, but since BSI/ASR have been selling to the national grid via the Belize Electricity Limited (BEL), cane farmers believe that they should get a share of the earnings.

BEL’s 2012 Annual Report indicates that BELCOGEN sold them 64.5 megawatt hours of power for 2012 – the highest since BEL started receiving power from the company in 2009. At 22 cents per kilowatt-hour, that translates to roughly $14 million in revenue from BEL. The previous year was better – with 70 mega-watt hours sold to BEL.

BELCOGEN is a subsidiary of BSI, and the earnings are retained by the company.

Ortega lamented BSI’s insistence on its “no” position, and added that, “…they are very disrespectful to us as partners in the industry.”

He added, though, that it is their hope that they can finalize an amicable and friendly agreement very soon.

“We are seeing a bigger crop,” Ortega said. He told us that they did a tentative survey which indicates that 1.2 mil tons of cane could be delivered in the new crop year – up from the 1,078,000 tons for the last crop year, he said.

Ortega said that BSCFA executives are due to meet Thursday, after which they will seek legal counsel before responding to BSI’s letter.

It is often said that, “A bird in the hand is worth two in the bush.” “We have presently the head, the wings and the body, and we are seeking the foot. The foot is the bagasse to complete the bird,” Ortega said.