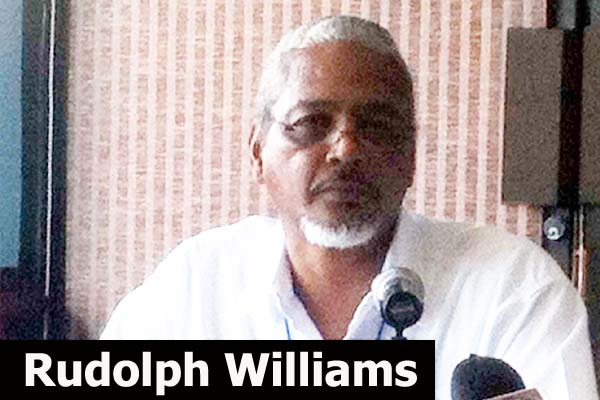 The next water bills you receive in your mailbox will reflect higher waters, retroactive to April 1, following a decision by the Public Utilities Commission (PUC) this week to approve a 6.9% increase in tariffs for water customers, with the exception of Caye Caulker.

Rudolph Williams, the PUC’s director of water and waste water, announced the tariff adjustments at a press conference held Tuesday afternoon, at the Radisson Fort George Hotel in Belize City.

In February, the PUC announced its initial decision to up water rates by 6.4%, but it has since revised that figure to 6.9%. We asked Williams what the reason is for the higher increase in rates, and he said that the increase came due to recommendations made by an independent expert hired to review tariffs, following a challenge by BWS to the initial decision.

The expert advised on disparities between the way PUC and the water company treated items such as dividend reinvestments by the Government of Belize. The expert said that those dividends should not be treated as capital contributions but as retained earnings, based on the instructions issued by the Ministry of Finance.

Williams said that there was no public objection posed to its initial decision. The only objection came from BWS, which led to the appointment of an independent expert to review and advise on the matter, as required by law when there is such a dispute.

We reported last week that the PUC had received the report submitted by Baker Tilly Hulse, a local accountancy firm hired to conduct an independent review of the initial decision and the objections posed by BWS.

The PUC indicates that it did take into account the water company’s comments on the Baker Tilly Hulse expert report before issuing this final decision.

Williams said that they looked at the treatment of the Government’s foregone dividends, and so the value of the company’s regulated assets was consequently increased, which means more revenues for BWS via increased tariffs.

Who will monitor whether the BWS invests the funds which the PUC has approved for expansion and upgrades to the water supply system?

Williams said it is the responsibility of the PUC to ensure that the capital investment plan goes as approved by the PUC. He said that the PUC’s water sector staff does inspections of sites which BWS reports as completed and compares its findings with what is set out in the approved plan.

Williams said this is how the PUC was able to reduce water rates in 2012, when the water development plans were not progressing, as scheduled.

He said that there has been acceleration in BWS’s investments recently, and that is one of the reasons why they were able to initially approve a 6.4% rate increase.

The PUC monitors the quality of service and the progress of the investment plan, and it makes adjustments accordingly, he told the press.