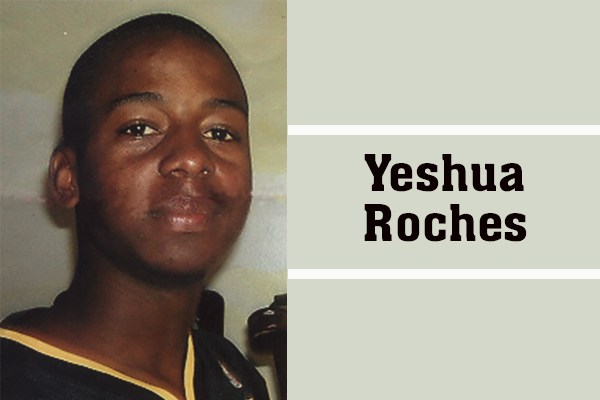 Earlier this week, police reported that some human remains had been found on the island of Ambergris Caye, and Agnes Nunez wondered if perhaps those could be the remains of her beloved son, Atony Yeshua Roches, who disappeared exactly six years ago today from St. Martin De Porres in Belize City.

“Not one day goes by without the family thinking about him and not knowing where he is, is what hurts the family the most,” Joseph Nunez, Yeshua’s brother, told Amandala.

Joseph said that on Wednesday, February 20, 2008, Yeshua and Kenrick, his other brother, were hanging out together, and Kenrick left him to go take a bath. When he returned, Yeshua was nowhere around. The brother was told that Yeshua had gone through the “PIV” area in St. Martin De Porres, and he searched for him – to no avail.

Joseph said that when he became aware that his brother was missing, he started asking around and was made to understand that on the night of his disappearance, he and his associates went “on a move” and on the way back, they were ambushed with the vehicle. He was told that Yeshua was killed and buried on the highway.

But the story of what really happened to Yeshua has changed so many times that the family does not know what to believe. They also heard rumors that Yeshua was burned, that he was chopped up, and that he was put in a pigtail bucket dropped into the Haulover Creek.

The family expressed their discontent with the way police have handled the case, especially in light of allegations that two officers may have been involved with Yeshua’s disappearance.

Today, though, they have accepted that Yeshua is no longer alive, but they said that they would like to know where his body was dumped so that they can give him a proper burial and bring closure to this very sad chapter of their lives.

“At this time, the family still grieving over the loss, and we just want someone say where he is so that we can get the remains and bury it,” his mother, Agnes Nunez, said.

“We want closure – that is what we need. We know he is not coming back,” Joseph said.

He said that he does not want anyone to think that they are looking for revenge or retaliation. The family has already forgiven those responsible for Yeshua’s death and they leave it in the hands of The Almighty, because in the Scripture He says, “Vengeance is mine. I will repay,” Joseph said.

Agnes Nunez echoes the same sentiments. She said that she prays for those who hurt her son, as well as their mothers, who may be tolerating them.

She told us that she still carries that love for her son, even though he left her 6 years ago, and she will carry that love with her for the rest of her life.

“I plead with those who know where he is to tell me, so I can put him to rest. There is no need to be afraid of me, because I don’t eat people and I don’t hurt people,” she said.

The offer of $1,000 for information leading to the discovery of Yeshua’s remains still stands.

In closing, Nunez asked us to share Psalm 23, which says: “YAHUAH is my shepherd; I do not lack. He makes me to lie down in green pastures; He leads me beside still waters. He turns back my being; He leads me in paths of righteousness for His Name’s sake. When I walk through the valley of the shadow of death, I fear no evil.

For You are with me; Your rod and Your staff, they comfort me. You spread before me a table in the face of my enemies; You have anointed my head with oil; my cup runs over. Only goodness and kindness follow me all the days of my life; and I shall dwell in the House of YAHUAH, to the length of days!”

(Yeshua was so named by his mother after she learned from a Jehovah’s Witness that the short Hebrew name of the Messiah is Yeshua – which means salvation.)