60-second sex with a minor gets Arden Middleton, 38, five years in prison 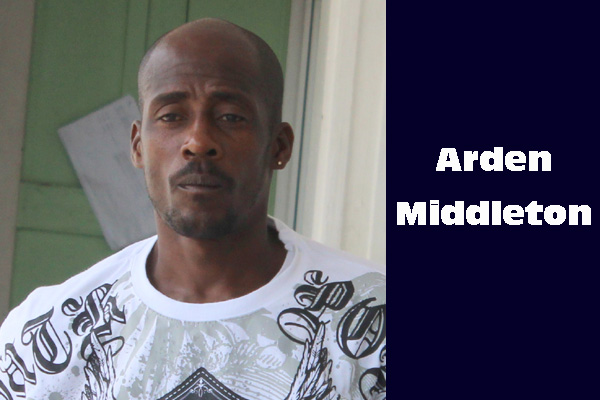 Middleton was convicted on April 10 for carnally knowing a minor, 14

Arden Middleton, 38, was convicted on April 10 of carnal knowledge after a jury of nine found him guilty of the crime against a then 14-year-old female student.

In the trial, the victim testified that on July 13, 2011, instead of going to her summer classes, she instead decided to play hookey and went to Middleton’s shop, Little Wilt’s. She said that she asked to use the bathroom and was given directions on how to get there. But by the time she was walking through a bedroom to get there, Middleton was right behind her and proceeded to initiate sex with her.

The victim also told the court that she had been a virgin at the time and that the entire act lasted one minute. She said she then left the shop and went to a mechanic shop up the street from Middleton’s shop.

The girl was examined by a doctor after the incident was reported to police, the doctor certified that she had been carnally known.

Today, Middleton presented his mitigation and told the court that “For some reason I was convicted of this crime. I am maintaining my innocence…I am begging you from the goodness of my heart and from the goodness of your heart to please impose the minimum sentence of five years…I need to be with my family as soon as possible.”

Reverend Clifton Barry White appeared on behalf of Middleton, and told the court that he has been a mentor to Middleton and his siblings since Middleton’s father left them when Middleton was 7 years old. He said that when Middleton was charged with this crime, he was away studying, but after learning that he had been convicted, he visited Middleton’s community and, he told the court, they expressed how much he would be missed, since he always assisted the children in that community through activities such as basketball and other sports.

He then asked the court to show mercy on Middleton because he was an asset to his family and community, and is also the sole provider for his family.

Bryan Neal, Middleton’s attorney, then addressed the court and stated, “The prisoner is praying for the minimum sentence allowed. He has no other conviction or charge, and I am asking that the court considers this, as there is no propensity that he will commit this crime again.”

Justice John “Troadio” Gonzalez then addressed Middleton, telling him that “It appears that there is some good in you.”

With that, he then sentenced Middleton to the minimum sentence of five years. The maximum sentence for this crime is ten years.