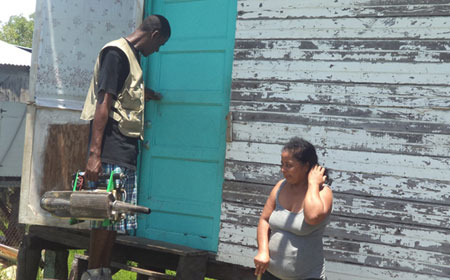 BELIZE CITY–Roughly 700 cases of dengue have been documented in Belize since the year began, and while this figure is substantially lower than the amount of cases documented in the 2010 outbreak in Belize, the data include an unusually high percentage of dengue hemorrhagic fever (DHF) cases, according to the Ministry of Health.

As we reported to you last week, 77 cases of DHF had been documented in the City between January and September 2014, and 82% of dengue cases reported for the district had actually been reported out of Belize City and primarily out of three hot spots on the Southside. 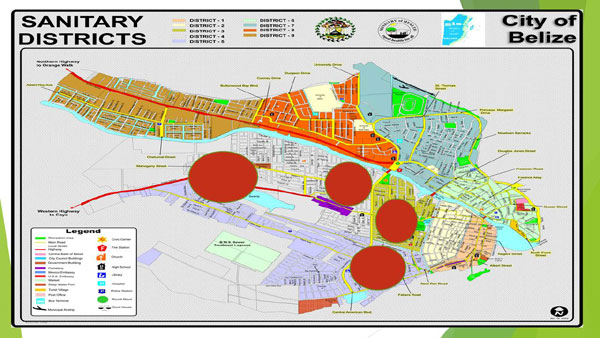 We were unable to get the national data when we requested it last week, but those details were provided by the Ministry of Health at a press conference in Belize City today.

They indicated that just over half of the cases (365) were recorded in the Belize District. Corozal was the district with the second highest number of cases (170), with Cayo the third highest. Orange Walk recorded the least cases (12), followed by Toledo (16) and then Stann Creek (41). These data reflect figures obtained by the Ministry up to Friday, October 3, 2014.

Although no deaths have been attributed to dengue so far this year, the Ministry of Health is investigating the death of Maria Larios, 13, who died at the Karl Heusner Memorial Hospital over a week ago, after seeking medical attention for what appeared to be dengue.

Director of Health Services, Dr. Michael Pitts, said that on Sunday night, he was told that there was a likely case of DHF death, but the post-mortem results were inconclusive. He said that the child—whose family is alleging that the manner in which a tube was inserted into the child’s throat had caused her lung to puncture—also had other medical conditions.

The Ministry of Education says that it has been engaging in enhanced surveillance (including daily visits to health centers, hospitals and laboratories), case investigation, intensified spraying of insecticide, thermal fogging, elimination of breeding sites, and treatment of water storage containers and health education.

Interventions have also included spraying of schools, public places and tire repair shops; larviciding of drains and stagnant water; and the distribution of bed nets.

In the case of Corozal, the swampy areas of Libertad showed a high proportion of dengue cases, Pitts told us.

He said that Belize City is divided into 9 zones, and the bulk of the dengue cases were in three zones on the Southside of Belize City.

“Over time, we found that cases began increasing around June and reached a peak around two weeks ago,” said Pitts.

The interventions require community action to reduce breeding sites for mosquitos, he added.

Concerns have been heightened with the spread of an emerging disease, with high morbidity but low fatality, carried by the same mosquito vector which spreads dengue – Chikungunya, also known as Chik-V, which causes severe pain.

Pitts said that in Belize City, they continue to see a lot of risky activities and a lot of clutter and receptacles that allow for the breeding of the offending Aedis egypti and Aedis albopictus mosquitos.

Last weekend, the Ministry of Health embarked on a major clean-up campaign on the Southside to try and mitigate the spread of dengue, said Pitts.

“Most of what we do with dengue will pay dividends for Chikungunya,” said Pitts.

He noted that while no case had yet been confirmed in Belize, Chik-V has moved through the whole Caribbean and has also been seen in Miami and more recently, next door in Guatemala.

Pitts notes that while Chik-V appears to mimic dengue, there is a cardinal difference: the extent of the pain in the hands, feet and back, causing patients to be in cramped or crouched over positions; as well as body rashes.

Chikungunya has also been showing up in parts of Jamaica, where many Belizean students are currently studying.

“As they move back and forth, they too can be sources of introduction of the new virus, and those who visit neighboring countries have to also be mindful as well,” Pitts cautioned.

Ministry of Health officials have said that tests done on a patient who had been tested using a test kit in the private sector revealed that the person had not contracted Chik-V, as the rapid test had indicated.

Pitts said that health officials visited the patient and did further screening, but the result was negative.

Ministry of Health officials say that there is currently no reliable rapid test for the detection of Chik-V. The Ministry sends samples for the testing of suspected cases to CARPHA – the Caribbean Public Health Agency in Trinidad and Tobago.