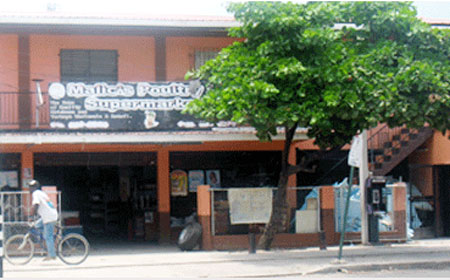 BELIZE CITY, Fri. Dec. 2, 2016–Of the nearly 8,000 businesses operating in Belize, almost three-fourths are sole proprietorships, and about half employ between two and five workers, according to preliminary results of the first business establishment survey conducted by the Statistical Institute of Belize (SIB).

Jefte Ochaeta, Statistician I, said that businesses reported an expense-to-revenue ratio of about 70 percent, meaning that of every dollar earned in revenues, 70 cents went to covering their various expenses. Wages and salaries paid to employees accounted for 13 percent of total expenditures across all industries, the survey found.

Of the 4,154 businesses picked for the survey, conducted in April and May of this year across all six districts, 1,168 were listed as vacant or non-existent. About 45% of the businesses had ceased operations due to financial hardships, while the remaining 55% cited product failure, product disease or owner’s health problems. How recent the closures are is unknown.

Of the remainder, 2,150 responded to at least part A of the survey. The respondents spanned all economic sectors, with the exception of banking and insurance enterprises, for which the SIB already has information via official channels.

“Based on the results of the BES, it was estimated that in 2016 there were approximately, 7,975 active businesses operating within the country of Belize, of which one half were located in the Belize and Cayo districts,” the SIB said.

It added that, “Wholesale and Retail Trade was the dominant economic activity, with two fifths of all business establishments reporting that they were engaged in these forms of trading activities.”

Most of the businesses in operation, about 44%, had been in operation for more than ten years; conversely, only 1% of businesses were initiated within the past year.

Only 8% of businesses (roughly 600) reported that they have some degree of foreign ownership. Most foreign-owned businesses are located within the Belize District.

The next Business Establishment Survey is scheduled to be carried out in 2018.