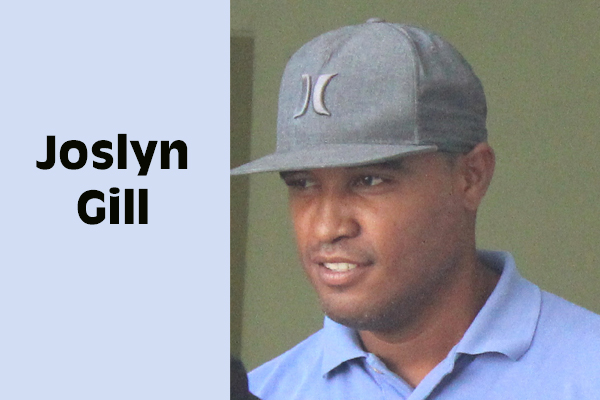 The case of three police officers, who have been accused of a brazen theft from Belmopan businessman Thyrell Hyde that was caught on an Atlantic Bank surveillance camera, was brought before Magistrate Dale Cayetano today.

The three lawmen are accused of the September 8, 2013 shakedown of Hyde, who told police that the cops took to him to his Atlantic Bank ATM machine and helped themselves to money from his account, after a routine police search of the young man.

The allegation against the policemen is that after they searched Hyde and his vehicle in the Buttonwood Bay area, they put him in a police mobile unit and drove him to his bank, where they took his ATM card and helped themselves to monies from his account.

Before this happened, Hyde alleged that one of the officers took a manila envelope containing $1,500 from out of the glove compartment of Hyde’s car. After finding his ATM card in his wallet, from which they allegedly took $70, they took him to the bank and withdrew $260 from his account.

No one has been charged in connection with the $1,500 Hyde told the media was stolen from his glove compartment.

After helping themselves to his money, the officers released him with the warning that if they saw him again, they would arrest him.

When the incident occurred, Hyde had waited until after he had secured a surveillance video from the bank, before coming forward with his accusation against the policemen. In obtaining the surveillance recording, Hyde was assisted by the Ombudsman.

Hyde was able to identify the three policemen at an identification parade at the Queen Street Police Station. But before he had gone to the station to identify the accused cops, Hyde told this reporter that he had received a threat of death on his cell phone. That matter, he confirmed, had been reported to the police. The call was reportedly placed from an undisguised home telephone.

After the case was adjourned, a disappointed Thyrell Hyde, accompanied by one of his aunts, told reporters that he had come prepared for the trial of the cops to proceed. He said that each time he is required to appear at court, he does so, because he needs to get the matter resolved.

This, however, was only the first time since the officers were charged last December 11, that their case has been brought back to the court. And Cayetano is not the Magistrate before whom the case will be tried. Cayetano was only adjourning cases for another Magistrate whose court was not in session.