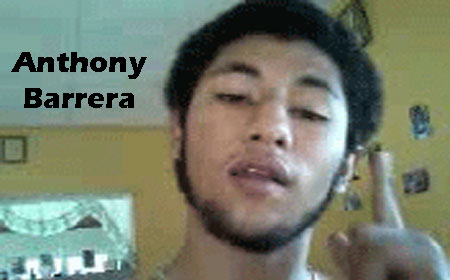 BELIZE CITY, Thurs. Oct. 22, 2015–A shooting incident this afternoon in the downtown area of the city resulted in the death of a 20-year-old man, who allegedly had gone to rob a business establishment.

Police have not yet issued a report on this incident, only saying that they will brief the press tomorrow, Friday.

Around 1:30 p.m., traffic that was heading over the Swing Bridge had to be diverted from Bishop Street, at its junction with Regent Street, as police had sealed off the area while they processed the scene inside Kephawn’s Pawn Shop, located at the southern corner of the Belize City Commercial Center.

A large crowd of spectators were gathered on the Regent Street approach of the Swing Bridge, as scenes of crime technicians were seen going in and out of the small pawnshop, where the body of Phillip Anthony Barrera, 20, lay stretched out inside.

Reports to Amandala are that Barrera and another man had gone to rob the pawnshop, and Barrera was shot, multiple times inside the shop. There is no word about his accomplice, who apparently escaped. Just before Barrera’s body was removed from the scene, police were seen taking two crime scene markers off two bicycles that were parked in front of the pawnshop.

At the beginning of this month, Barrera, a key prosecution witness in a murder trial, was declared a hostile witness after he failed to give testimony on the witness stand and failed to point out the accused man in court, Lincoln Hemsley, 24. Hemsley was accused of the March 2012 murder of David Hernandez, 21.

Barrera resided in Orange Walk but was in Belize City visiting relatives. He did not have a criminal record, as far as Amandala could discover.
Barrera’s father, Phillip Anthony Barrera, Sr., was shot to death on Sunday, July 5, at the corner of Amara Avenue and King Street. He was on his way to the Novelo’s Bus Terminal on Collet Canal to take a bus to visit his family in Orange Walk when he was gunned down. His murder has gone unsolved.