Ambassador David Wu completes his tour of duty in Belize 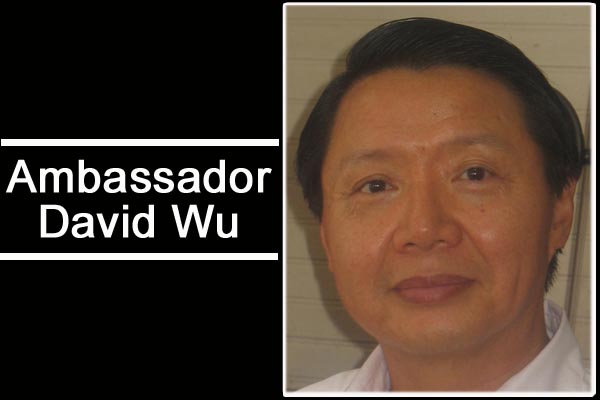 H.E. Ambassador David Wu has completed his tour of duty as Ambassador of the Republic of China (Taiwan) to Belize and will be departing Belize on July 12, 2014. Ambassador Wu arrived in Belize in April 2010.

In the past four years, the bilateral relationship between Belize and the Republic of China (Taiwan) has been significantly strengthened on various fronts. For its part, Belize has given strong support and assistance to the Republic of China (Taiwan) in many important international forums such as United Nations, United Nations Framework Convention on Climate Change (UNFCCC), International Civil Aviation Organization (ICAO) and many other international organizations concerning fisheries in the oceans.

Ambassador Wu wishes to express his profound gratitude to the Government and the people of Belize.

On the other hand, the Republic of China (Taiwan), through bilateral cooperative projects, has rendered significant assistance towards economic development and social transformation in Belize. They include projects in agricultural technical cooperation, infrastructure/construction, human resources development, education and humanitarian assistance.

Ambassador Wu will serve next as the Representative (Ambassador) of the Republic of China (Taiwan) to New Zealand.

He has bid farewell to political leaders, friends and colleagues of the diplomatic corps, the Governor General, His Excellency Sir Colville Young, and the Prime Minister, Hon. Dean Barrow, who expressed appreciation for the contributions which Ambassador Wu has made and extended best wishes to him and Mrs. Wu.

The new Ambassador of Taiwan to Belize, H.E. Benjamin Ho, is due to arrive with his wife, Jennifer Ho, on Friday, July 18, 2014.