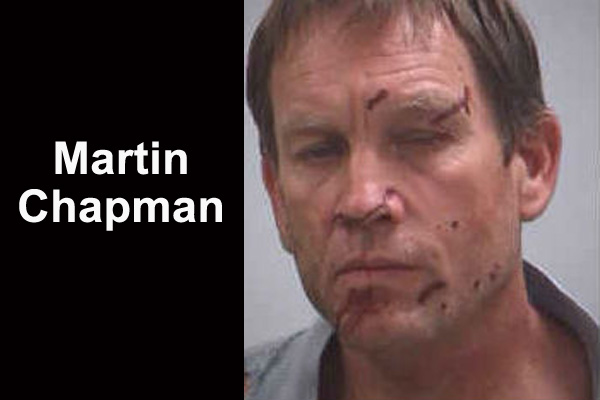 An American fugitive who escaped from police custody on Sunday was recaptured early yesterday morning in Roaring Creek, Belmopan.

According to Belmopan police, Martin Chapman, 52, who is allegedly wanted in the United States for several criminal offences, was cleaning his cell when he reportedly slipped past authorities during a change of shift around 3:32 p.m. this past Sunday, May 4.

On Thursday, April 24, Chapman was arrested and detained after police received information about a suspicious man who was lurking in the area known as “Another World” in the village of Roaring Creek.

Upon running a profile search, police discovered that he was wanted in Minnesota, USA, for felonies which include attempting to escape from a police officer while in a mobile vehicle.

Amandala understands that Chapman was in the process of being extradited back to the US to face those charges; however, he managed to escape from local authorities by simply walking out of the Belmopan police station three days ago.

Belmopan police reported that the Quick Response Team was immediately alerted, after which a search party was deployed and “Wanted” posters were sent out to every police station countrywide.

At around 6:00 yesterday morning, police received a tip from a Roaring Creek resident and upon visiting the village, they found and re-apprehended the American escapee in another part of the locality known as “Global Area.”

Martin Chapman is scheduled to be extradited today.