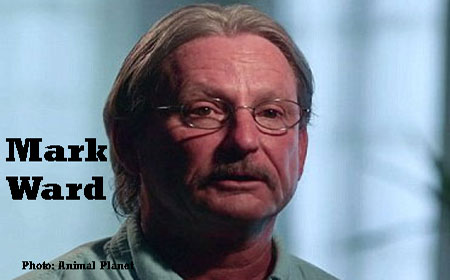 BELIZE CITY, Wed. Nov. 2, 2016–The UK-based Daily Mail is reporting that a new episode of Animal Planet to air this Thursday on The Discovery Channel will feature the story of a retired US firefighter who contracted a flesh-eating parasite while at his vacation home in Belize. Without treatment, the infection—cutaneous leishmaniasis, caused by a protozoa, a single-celled organism—can prove fatal, the report warned.

According to the World Health Organization (WHO), cutaneous leishmaniasis usually produces ulcers on the exposed parts of the body, such as the face, arms and legs. It adds that there may be a large number of lesions—sometimes up to 200—which can cause serious disability. Notably, when the ulcers heal, they invariably leave permanent scars, which are often the cause of serious social prejudice, WHO explains.

Whereas Belize’s Director of Health Services, Dr. Marvin Manzanero, has indicated that he does not know of the case in question, involving Mark Ward of Prescott, Arizona, and his wife Janina, he has indicated that leishmaniasis has been reported in Belize—as in most tropical countries—and soldiers of the Belize Defence Force (BDF) or others out in the forest/jungle are most particularly at risk. In fact, cases have been reported among British soldiers who have been in Belize’s jungles.

The UK news report recounted that Ward noticed small pin-sized spots all over his body and assuming them to be bug bites, he ignored them. However, he began suffering exhaustion and rapid weight loss as the dots morphed into the lesions which ripped open as they grew as large as a dollar-coin. His wife eventually convinced him to return to the US for treatment.

“He had been infected by a flesh-eating parasite which was reproducing in his body and eating his cells,” the report said. 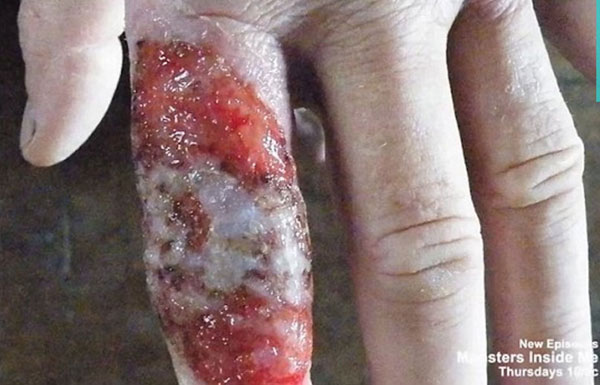 Major Elfryn Reyes, Belize Defence Force medical officer for the past 11 years, told Amandala that he has seen several cases over the years. In fact, he told us that two soldiers are currently hospitalized at Price Barracks for treatment, which routinely spans 20 days.

Patients are treated with Pentostam (or sodium stibogluconate), a liquid with which patients receive intravenously and intramuscular treatment for 20 days, Reyes explained. He said that the military hospital is the only place in the country which has the treatment. They also provide treatment to civilians, including tourists who may contract the disease, who may be hospitalized at other public and private facilities in Belize.

According to Major Reyes, people can get infected from sandfly bites. The nocturnal flies would contract the parasite when they bite bush rats which have parasite-infected ulcers, and the flies serve as a vector in transferring them to humans.

Reyes said that there are three to four cases of cutaneous leishmaniasis reported in Belize every month, and a civilian case crops up every other month or so.

Belize also hosts a jungle warfare school which trains foreign nationals. Reyes said that a case had been reported in a Jamaican soldier who had visited Belize, and that officer was returned to Belize for treatment at the military facility here.

He told us that one tourist from the Placencia area was treated in 2015.

W. Reynolds wrote a letter to the editor of Amandala from Unitedville, Cayo District, in March 2012, saying that his wife had contracted leishmaniasis here in Belize. He also wrote of a friend who had similarly contracted the infection. His concern was the lack of information and access to treatment in Belize.

The Daily Mail said that Mark Ward’s case “bewildered doctors in Belize” and then in Arizona it “took more than a week to realize that Mark had more than a contact skin infection.” Doctors in Arizona managed to diagnose, control and cure the infection before it was too late, it added.

“It felt like something was just gnawing at me, eating the skin out of my hands,” Mark recalls in the episode, which screens on Thursday night.

Mark is sharing his story with the Animal Planet’s show, Monsters Inside Me, to warn others about the dangers of parasites, which are becoming increasingly common in the United States, the report said.

Cutaneous leishmaniasis is said to be endemic in Belize, according to the International Association for Medical Assistance to Travelers.