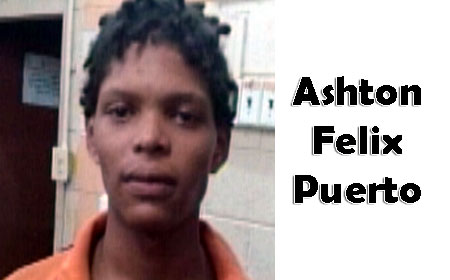 BELMOPAN, Wed. July 13, 2016–At about 2:30 Sunday afternoon, as Maleek Norris, 19, a resident of Roaring Creek, was walking on the road in the Another World area of the village, he was blasted in his lower abdomen with a homemade gun that fires shotgun cartridges. The shooter was a teenager of the village with whom Norris had been in several altercations.

Norris died shortly after at the Western Regional Hospital.

Police arrested Ashton Felix Puerto, 18, of Another World, Roaring Creek, and charged him with murder, keeping a prohibited firearm and use of deadly means of harm. He was taken to the Belmopan Magistrate’s Court today, where he was arraigned on the offences.

Puerto was remanded to the Belize Central Prison until Wednesday, September 28, when he will be returned to court.

Puerto’s aunt had told police on Sunday afternoon after the shooting, that Puerto had been at her house, and had told her that he had been having problems with Norris, and that Norris had taken his bicycle and $10 from him, and that he was tired of the situation, and that mothers were going to cry.

Shortly after, she was alarmed by a little girl who shouted “snake,” as she was passing through their yard, and she rushed out to see the snake, and others who were in the neighbourhood tried to kill the snake, and that was when Maleek Norris came walking up the road.

Her nephew quickly got the homemade gun, loaded it with a cartridge, went up to Maleek and shot him, she related.

She said that when Norris fell, Puerto was about to load the home-made gun and shoot him again, but she screamed at him and he ran away.

The devastated aunt reported that many people, including children, were present at the time.

They quickly took Norris to the hospital, but nothing could have been done for him.

Superintendent Howell Gillett, Commander of Belmopan Police, said that he regrets that the previous incidents involving the two young men had not been reported, because they would have intervened, and the violence would not have escalated, and perhaps a life would have been saved.

The Commander said that the homemade gun was found on a farm in the Young Bank area of Camalote.