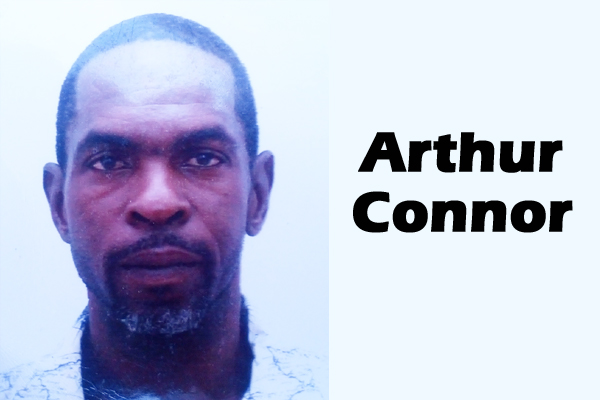 Arthur Connor, 47, a mechanic, was found beaten to death in the back of a delivery truck that was altered to live in, on the Foam Factory compound at Mile 2 on the George Price Highway. The gruesome discovery was made about 8:30 yesterday morning, Tuesday.

Connor was believed to have been drinking with two other men, whom he knew, in the truck back adapted as a caravan. For some reason, the men subsequently became involved in a fight, during which Connor was repeatedly bashed in the face and head with a concrete block, and his upper body was beaten with a stick.

One of the men who was drinking with him has been taken into custody, while police continue to look for the second man.

Connor’s family said that Arthur’s phone was found with the man now in custody.

Police said when they went to the Foam Factory compound they saw a man lying face up in a pool of blood. He was already dead. His face and head had been bashed in. His face was swollen and his neck was cut. There were also several cuts in his head.

Police also found in the caravan a concrete block and a stick, which were covered with blood, and it is believed that it is with these that Connor was hit several times.

Connor was then taken to the Karl Heusner Memorial Hospital, where he was pronounced dead on arrival, at about 9:00 yesterday morning.

Rose Connor, Arthur’s wife, said that she was at work yesterday morning when she got a somber call from her daughter, urging her to come home. She asked for and got permission from her boss to go to her home.

Her daughter-in-law picked her up at work, and at that time she was informed that Arthur was dead, that he had been killed on the road. On her arrival home, she was told by the police to go to the morgue to identify a body.

On her arrival at the morgue, she saw the body of a man, whose face and head were bashed in, but whom she positively identified as her husband, Arthur Connor.

Rose said that her husband was not a troublemaker. She is calling on the killer of her husband to come forward and explain to her why they beat and killed her husband.

In an interview, Rose said that her husband went to her workplace on Sunday morning and they had a conversation, after which he left.

On Sunday night, at about 9:00 p.m., he had called her and told her that he had been attacked and beaten in his head while going to his brother’s home in the Fabers Road area by some men, but he believed he knew one of them because he recognized his voice.

Arthur went home about 10:00 Sunday night. His stepdaughter reported that he was bleeding from a wound behind the head after the attack. The family reportedly urged him to go to the hospital to get treatment, but he went to sleep.

According to Rose, Arthur got up Monday morning and said that he was going to the hospital, but he first had go to his brother to get some things. He borrowed a bicycle from a family member and left the house to go to his brother’s house, and that was the last time they saw him alive.

Rose said that he called her on Monday and told her that he was at work, and she told him to take care of himself.

On Tuesday morning, she was called to go to the morgue to identify her husband.

The family believes that he was riding to go to Fabers Road when he was called by the two men, who are known to him, to socialize with them, and he went into the caravan. They claim he had raised and cared for one of the men when that person was a little boy.

Police said that they will continue to investigate.

Arthur Connor is survived by his five children, his wife Rose, and a host of other relatives and friends.