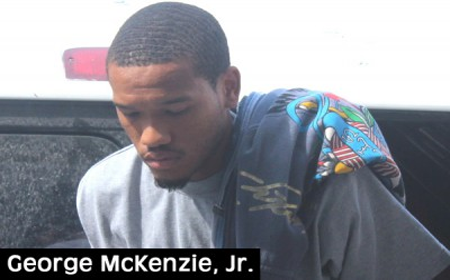 BELIZE CITY–A court-issued “Anti-social Behavior Order” was served on George McKenzie, Jr., 20, a resident of Majestic Alley, who is the son of the slain gang leader George “Junie Balls” McKenzie. The order, dated December 15, 2014, was signed by Chief Magistrate Ann Marie Smith and is based upon a complaint made by Senior Superintendent of Police, Alford Grinage.

The order, however, has been questioned by the McKenzie family’s attorney, Kareem Musa, who has characterized it as unconstitutional.

“We intend to take two legal challenges in regard to this case — namely, an application to discharge this order at the Magistrate’s Court level and a constitutional challenge in the Supreme Court,” Musa told Amandala today, Wednesday.

McKenzie, Jr., was a student up until recently when death threats against him compelled his mother to advise him to put a hold on his education. McKenzie has no criminal conviction, but there is an attempted murder allegation pending before the court after police charged him for a shooting several months after it had occurred.

In late April, 2014, McKenzie was arrested and charged with the April 12 murder of Alfonso Cruz, who was gunned down as he sat in his yard in Rhaburn’s Alley.

A sloppy police investigation had led to the murder charge, which had to be withdrawn in court when a surveillance video recording at Chon Sing Restaurant confirmed that McKenzie was there at the time when the murder was committed, but investigators had ignored his assertion that he was not at the crime scene.

Melissa Major, McKenzie’s mother, learned that he had been taken into police custody when one of his siblings called her at work. Major is of the view that the police are out to get back at her son because of the murder charge against him that had to be dismissed.

“Every time police harass my son, but my son never interfere with any tourist. Everybody in the neighborhood knows my sons. They don’t disrespect anyone in Chon Sing,” Major explained.

The grounds listed as the reason for the court to make the Anti-social Order are as follows:

“George McKenzie Jr. has acted in an anti-social manner, that is to say, in a manner that caused harassment, alarm or distress to two or more persons not of the same household as himself; and

“It is necessary to protect persons in the area from further anti-social acts by George McKenzie Jr.”

The court further stated that it was “just to make this order,” which it said had been made “without notice.”

According to the order, McKenzie is prohibited from “loitering inside of and within 500 yards east and west of the Tourism Village” as well as from “harassing tourists within the prohibited area…”

The order, which is for two years and is to end in December 2016, also prohibits McKenzie from “loitering, idling, waiting, associating, gathering and meeting inside Chon Sing Restaurant.”

The legislation covering Anti-social Behavior Orders has been on the law books since 1998 when it was signed into law as Statutory Instrument 81 of 1998 as a section of the Crime Control and Criminal Justice Act, under Part 3, which speaks about “Prevention of Crime and Disorder.”

Addressing the issue of the anti-social order, Musa told Amandala: “This creature goes against our constitution and in particular Section 10, which deals with the protection of the Freedom of Movement and Section 6, which addresses the issue of equal protection under the law and the right to a fair hearing.”

“The order that was given to McKenzie is against the principles of natural justice and in particular, the right to a fair hearing, which requires that individuals are not penalized by decisions affecting their rights or legitimate expectations unless they have been given prior notice of the cases against them, a fair opportunity to answer them, and the opportunity to present their own cases,” Musa explained.

“If we cannot see the mischief that an order like this creates, if we cannot see the unjust, unfair, unconstitutional nature of such an order which deprives citizens of their liberty, their freedom to move around, their right to a fair trial, then the judiciary is missing the boat completely,” Musa pointed out.

“In effect, what this order is saying to our judges is, close your doors. We, the police won’t try our citizens anymore. We will just find them guilty without a trial. In essence, what has transpired here is an ex-parte criminal hearing resulting in the imposition of unconstitutional penalties. It is in my humble opinion that this is the final seal on the harsh reality that we are indeed living in a police state,” he said.

Musa added: “How can we remove the discretion of magistrates to grant bail for firearm offences, but then the discretion in police officers to make allegations and have penalties imposed on our citizens without a trial? It makes absolutely no sense at all, but I can tell you the one thing they both have in common. They are designed to oppress the poor people of this country.

I believe that all of us that have a stake in the judicial system, both lawyers and judges, should be concerned with the direction we are heading. The irony in all this is that this anti-social behavior order was served while the ceremonial opening of the Supreme Court was taking place, where all our top lawyers and our judges gather to lament about the state of our justice system and at the same time trying to be optimistic about its future.” 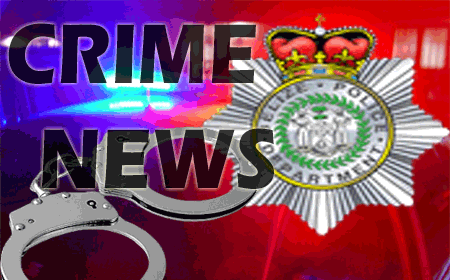