Barbara Ogaldez, 38, charged with drug trafficking of 106 grams of cannabis 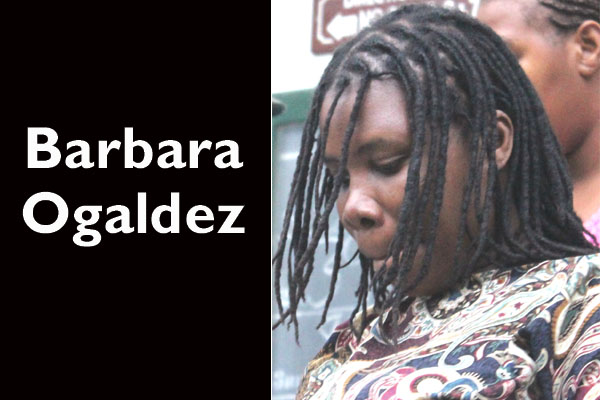 Police found the suspected cannabis inside a pillowcase

Barbara Ogaldez, 38, a resident of #22 Allan Pitts Crescent, was charged with drug trafficking when she appeared before Magistrate Leslie Hamilton this afternoon.

According to police, earlier that morning they visited Ogaldez’s home to conduct a search for illegal firearms, but no illegal firearms were found on her premises, inside her house, or on her person.

However, as police were conducting the search, inside a pillowcase they found what they suspected to be cannabis, which when weighed, amounted to 106 grams.

Ogaldez pleaded not guilty to the charge, but court records revealed that she owed the court $330. The magistrate used his discretion and offered Ogaldez until Monday, September 2, to pay half of the outstanding fine to the court.

She was offered bail of $1,000 and one surety of the same amount, but was remanded to the Belize Central Prison after being unable to meet that bail. She is scheduled to appear back in court on October 18, 2013.