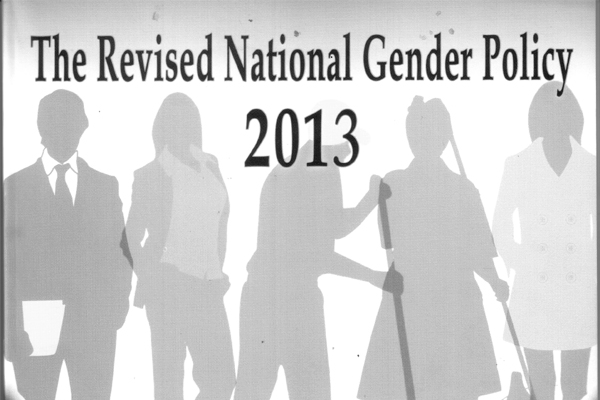 The Rome Statute of the International Criminal Court says: “…it is understood that the term ‘gender’ refers to the two sexes, male and female, within the context of society. The term ‘gender’ does not indicate any meaning different from the above.”

Cabinet Secretary Carlos Perdomo confirmed to Amandala today that Cabinet, the central policy-making arm of government, has “endorsed 100%” the new gender policy, 2013, which revises and updates the first policy published by the Government of Belize in 2002, and which now states, under its “guiding principles” that the “respect for diversity” extends to “persons of all ages who come from diverse races, cultures, ethnicities, faiths, sexual orientations, socio-economic situations and behavioral lifestyles… [Emphasis ours]”

The new gender policy, funded by the United Nations Development Program (UNDP), has been embraced by UNIBAM — the United Belize Advocacy Movement, the group challenging sodomy laws on Belize’s books, but it has Belize Action, a faith-based movement which claims support from 2,500 people, up in arms over what they believe is a dangerous shift in policy by the Barrow administration amid a constitutional challenge by UNIBAM, seeking to annul Belize’s sodomy laws.

The Cabinet Secretary told us that he did not read the new gender policy document himself, and he was not aware that it said anything about “sexual orientations.”

He told us that the policy was approved in Cabinet by “consensus.”

“It certainly has to go to the Cabinet. Oh yes!” Perdomo affirmed.

However, the policy needs not go to the Parliament for approval. The Government may, however, task the National Women’s Commission to suggest legislation to give effect to the policy. This is when Parliament would be engaged in the process.

On its blog, UNIBAM said: “One of the principles in the gender policy is that it recognizes respect for diversity and does not shy away from using the term sexual orientation and goes on to say ‘…must be subjected to the right to equality.’ It spoke to eliminating ‘gender based discrimination at all levels of the education system’ that the Belize government will ‘take special legal and infrastructure measures to safeguard the rights of vulnerable groups’ (men who have sex with men); establish a mechanism for redress of all forms of discrimination… as well as legal assistance by the government for advancing cases of discrimination through the justice system; create an anti-discrimination law that includes the elimination of all forms of gender related discrimination…”

The UNIBAM blog goes on to say, “I have never seen such progressive language in any policy in my 10 years of work. I don’t normally have much good to say about government, but this was certainly a progressive stance taken and can be an example of leadership for the Caribbean.”

In responding to these statements, Belize Action said: “If you don’t catch what those words mean, we’ll break it down: ‘eliminating gender-based discrimination at all levels of the education system’ means you CANNOT discriminate against a homosexual teaching at your CHURCH SCHOOL!!!! You will be sued with a DISCRIMINATION LAWSUIT!! This is what we’ve been warning for the last two years! And it’s HERE! NOW!

“‘Special legal and infrastructure measures to safeguard the rights of vulnerable groups… (men who have sex with men)’: These are the ‘homosexual special rights’ we’ve been talking about! That’s right. MSM (men who have sex with men) will now be a SPECIAL VULNERABLE GROUP WITH SPECIAL PROTECTION FROM GOVT. Just like in New Mexico, Judge Tim Garcia’s ruling ‘homosexuals are a protected class!’ What? (Google it!)

“‘Mechanism for redress of all forms of discrimination’ most likely means a special DISCRIMINATION COURT, headed up by a LGBT or homo-sympathetic judge? To hammer anyone who discriminates against this ‘special group?’

“‘Legal assistance by the Govt. for advancing cases of discrimination through the justice system’ means the Gov’t., we the people, are gonna have to finance the fast-tracking of these homosexual discrimination cases!! We’re sure the US will gladly help assist in this area!!

“‘Gender”? That USED to mean male & female. Now Lesbian, Gay, Bisexual, Transgender [LGBT], are all GENDERS. In fact, the Australian Human Rights commission has come up with at least 24 DIFFERENT GENDERS!! So ‘gender-related discrimination’ is talking about homosexual discrimination.”

The consultant who put together the policy for the National Women’s Commission, which comes under the jurisdiction of Anthony “Boots” Martinez’s Ministry of Human Development and Social Transformation, is Adele Catzim-Sanchez.

We were told Catzim-Sanchez was at a meeting when we tried reaching her today for background. However, she had told the media at the launch of the policy last week that “gender orientation is also a gender issue.”

Catzim-Sanchez asserted that the policy “…also includes sexual harassment that happens within the work place and it includes rape that happens either at home or on the streets; but it also includes all the harassment and the discrimination against persons because of their gender, orientation or sexual identity.”

“That sounds suspiciously like that hot-button issue – LBGT, or what might be called UNIBAM. Interesting because in court the state is upholding anti-sodomy laws, so we tried to get some clarification,” said Williams.

Williams said that LGBT persons, are part of the gender equality mix and they should not be discriminated against – regardless of their race, color, creed, political affiliations, or sex and that this is “part of the preamble policy and is the constitution.”

The Belize Constitution in part II (3) — Protection of Fundamental Rights and Freedoms – says that “…every person in Belize is entitled to the fundamental rights and freedoms of the individual, that is to say, the right, whatever his race, place of origin, political opinions, colour, creed or sex…”

Section 16 says, “…no law shall make any provision that is discriminatory either of itself or in its effect… [and] no person shall be treated in a discriminatory manner by any person or authority; [which means] …affording different treatment to different persons attributable wholly or mainly to their respective descriptions by sex, race, place of origin, political opinions, colour or creed.”

Of note is that the 2013 gender policy does not just address the issue of “sexual orientations.” Catzim-Sanchez told the media:

“Life changes over time and there are new emerging issues that have come to our attention over the last few years and one of those critical areas is the commercial sexual exploitation of children and adolescents and so the national gender policy includes those things and it makes specific commitments for how the Government will address that situation and that’s just one of the situations.

“We have other things like the accidents; the number of accidents that are affecting men on the road. You know men die more from road accidents than women, but also the gun violence – that’s a gender equity issue that is now in the updated national gender policy so it’s not just a women’s document as people would tend to believe, but it truly embodies all the issues that affect us as human beings, being male or female, young or old.”

Belize Action notes that on May 18, Trinidad and Tobago’s Minister of Gender, Youth, & Child Development had the same project on her desk, but actively sought faith-based NGO’s and the church in that issue, and the resulting gender policy, which was being proposed to their Cabinet, does not contemplate gay rights.