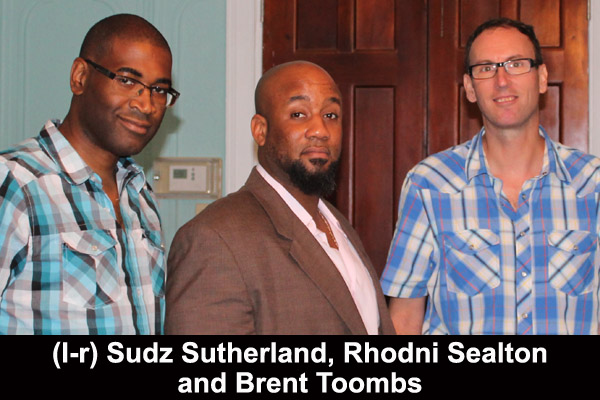 The symposium ran in conjunction with the 8th Belize International Film Festival which started on July 11.

Brent Toombs, president of BAVIA, said the idea of the event was to bring together local stakeholders and producers, visiting filmmakers and other people who are interested in film production to discuss ways to improve the film production industry in Belize.

This is the third annual symposium to be held in Belize. Toombs said that the symposium is helpful to filmmakers as it brings together a lot of people who are interested in production and develops a certain energy that motivates them and helps them to realise what they need to know or do in order to improve.

Two aspects of finance for filmmaking were discussed at the symposium. One was the possibility of offering a set of incentives to attract foreign filmmakers to bring projects to Belize and the other was the prospect of Government making it easier for filmmakers to have access to filming equipment.

Sudz Sutherland, a Canadian filmmaker, elaborated on the idea of Belize offering an incentive to filmmakers. Sutherland’s latest movie, Home Again, was an independent, low-budget film costing him around US$3.5 million. The movie is about Jamaican deportees and he wanted to shoot the film in Jamaica. He could not afford to do so, but after looking around for an alternative, he chose Trinidad as a shooting location.

His reason for doing so was that Trinidad offered a 35 percent tax incentive. He was given back $350,000 of the amount he spent on the movie in Trinidad. Based on how well the arrangement with Trinidad worked for his project, he is suggesting that a film incentive program be implemented in Belize. Sutherland said that the program could boost the development of the film industry, and by extension both education and infrastructure, in the country.

Skelton said that the industry is a door for creative young people to be exposed to and it can allow them to think outside the box.

Sutherland stated that Belize needs to have a “world brand” in order to be more recognizable. He thinks that one of the ways that could be possible is through music — the way Bob Marley’s music brought fame to Jamaica.

He said that Belize has what it takes to have a booming film industry because of its demographic diversity and unique connection to both the Caribbean and Central American regions, as well as the fact that Belize is an English-speaking country, which makes working in Belize easier.