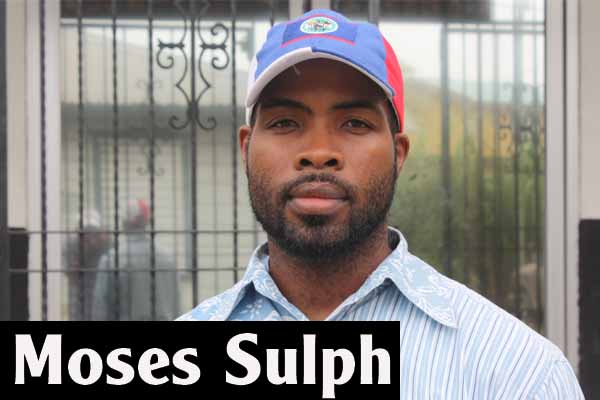 On October 29 of this year, the Belize Boxing Federation (BBF) took a team of 2 boxers to represent Belize in the Central American Boxing Championships, which was held in Nicaragua from October 30 until November 3. Representing Belize were Maxwell Williams and Sherman Galvez, who both qualified to enter the tournament due to their experience. They both subsequently won Bronze in their categories, which were the 64 kilos and 69 kilos.

According to the President of the Belize Boxing Federation, Moses Sulph, the competition that Williams and Galvez had gone up against was “very elite competition,” because he pointed out that all the other countries had to go through a process of elimination, due to the fact that there is a wide pool of fighters in the same weight class, so they have to go through a whole elimination process in order to be qualified. He acknowledged that, nevertheless, both the Belizean boxers did very well. He informed us that they both made it to the semifinals; however, Sherman Galvez lost his second fight in which he was going up for either a gold or silver medal.

Sulph said that it is remarkable that the two participants were able to bring back medals, given the limited resources that our athletes are provided with here in Belize. He stated that the trip cost over $6,000, and he thanked his sponsors for making it possible, including the Belize Olympic Committee, SMART and Salva Zabaneh. He then asserted that if we are to progress in any type of sports in this country, there needs to be more investment in the development of our athletes. Sulph said, “There are a lot of young men in the streets who can have a progressive life if we invest in them from a younger age; and if they can see that they can also benefit financially from becoming an athlete, then more young men and women would be drawn into different athletic sports, not only boxing.” He is calling for the allocation of monetary resources by the government in order for this to happen.

Sulph also stated that anyone would who like to be a part of the boxing fraternity can contact him at 667-4151or go to any one of the gyms in either Ladyville, Cayo or Belize City. He cited that boxing in Belize has great potential to be one of the leading sports. Sulph said, “If we invest more in sports, then we will be able to bring home gold medals when we go abroad to compete.”

According to the boxing president, there are two upcoming events on the boxing calendar; the first is being organized by James Adderley and will be held on Friday, November 15, at the Hour Bar on Newtown Barracks. He mentioned that the Federation is also holding a “Golden Gloves” tournament which will start on December 1st at Bird’s Isle at 10:00 a.m. Sulph is asking for the public to go out and support these events because he said that whenever the boxers go out to represent the country, they are representing all of us and they do their best to make us proud.

He noted that the Belize Boxing Federation is also a member of the International Boxing Association (IBA) which is the international body parallel to FIFA, therefore they are governed by the rules, stipulations and criteria of IBA; but due to their lack of resources, they are not able to keep up with some of the IBA’s standards.

In conclusion, he said that the focus of the BBF right now is to develop the youth who are looking forward to being a part of boxing or any sport for that matter, and also to make sure that there are regular boxing events around the country.