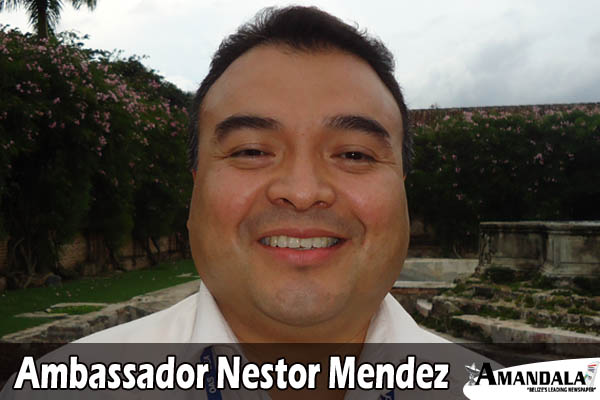 WASHINGTON, DC, USA—Ambassador Nestor Mendez, Belize’s Permanent Representative to the Organization of American States and Ambassador of Belize to the United States of America, wants to become the OAS’s next Assistant Secretary General when the post becomes vacant in 2015. The post is the second-highest at the Washington-based secretariat.

He told us that back in 2013, the Government of Belize honored him by proposing him as candidate for the post of Assistant Secretary General, and since then he has been on a campaign talking with the international community of friends as well as the officials of capital cities in the Americas.

Guatemala former VP, Eduardo Stein, wants to replace Insulza as new Sec-Gen of the OAS, but what effect will that have on the Sec-Gen’s ability to broker Belize-Guatemala territorial talks?

“The response we have obtained is really, really optimistic, very optimistic,” said Mendez, who has served in the Foreign Service in Washington for the past 14 years.
Currently, the lead officers at the OAS Secretariat in Washington, DC, USA, are Secretary General José Miguel Insulza of Chile and Ambassador Albert R. Ramdin of Suriname, who has also formerly served as his country’s Ambassador to the OAS. 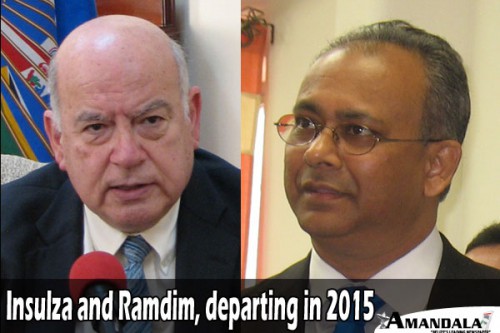 According to Mendez, Insulza would demit the office of Sec Gen around mid-May 2015 and Ramdin around July 2015.

“As a country, I believe we have gotten to the point where we can assume an important role on international organizations. I think that Belize has something to contribute. Belize is the effective crossroads between Central America and the Caribbean. We understand and have represented the interest of small states at OAS. I am fully bilingual, and an effective communication link occurs through Belize many times,” said Mendez.

Ambassador Mendez has been Belize’s Ambassador to the OAS since 2008, and before that he served as Deputy Chief of Mission in Washington for eight and a half years. He has also served in various OAS capacities. In July 2013, Ambassador Mendez assumed the chairmanship of the OAS Inter-American Council for Integral Development (CIDI), which was recently handed over to Trinidad and Tobago. He has also chaired the OAS’s Permanent Council, the OAS Committee on Hemispheric Security and the Special Committee on Migration Issues.

Mendez said that he had also been called upon to help broker difficult situations, such as the border dispute between Nicaragua and Costa Rica, and he was asked to chair the Committee of the Permanent Council to negotiate a resolution, which, he said, suggested to him that he is seen as an honest broker whose negotiating skills could bring constructive resolutions. 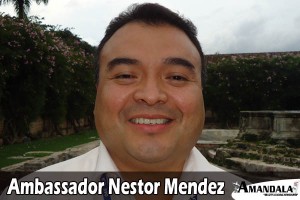 Mendez noted, though, that there is also another CARICOM candidate for the ASG seat. That sister Caribbean country is Guyana, which has proposed Ambassador Bayney Karran, who is currently accredited to Mexico, for the ASG job.

He said that in addition to receiving overwhelming support from CARICOM for his bid for the Assistant Secretary General seat, they have also received quite a bit of support from South American states.

“We have been working since last year and we will be working up until the first quarter of next year to get as many votes as possible,” Mendez told us.

He said that he is very confident that with the support of the Ministry of Foreign Affairs and the Prime Minister of Belize, there will be a positive outcome.

He told us that several of his colleagues in the Inter-American system suggested that he could serve as the next ASG of the OAS, and the idea was supported by the Government of Belize.

“Belize has arrived at a point where we can contribute and make a positive difference at the OAS,” said Mendez.

Meanwhile, the proposal for Guatemala’s former vice president, Eduado Stein Barillas, to become the next Secretary General of the OAS was recently endorsed by his government a few weeks ago, but Belize’s Foreign Minister, Wilfred “Sedi” Elrington had said that Belize was already previously committed to supporting Uruguay’s candidacy of Luis Almagro, the country’s current Foreign Minister.

Could a Guatemalan SG and Belizean ASG run the OAS Secretariat? 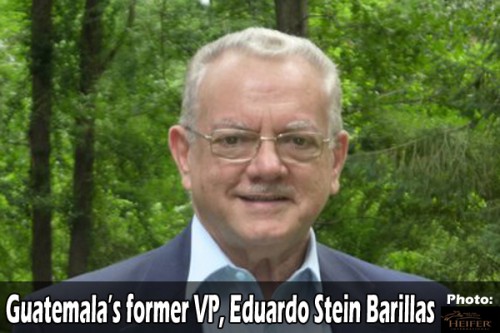 “I think we’ll cross that bridge if we come to it,” Mendez said.

He said that whenever persons are elected to such offices, they have to respond to their constituents and work in line with the day-to-day mandates issued to the leadership.

Some observers may question whether the bids by Belize and Guatemala for such high-level offices at the OAS Secretariat, given the ongoing territorial talks between the parties, were not orchestrated at a high level. Mendez said that he had never heard that suggestion made and added that Belize launched his candidacy last March, over a year before Guatemala did.

“I am hoping to get an opportunity to serve my country in this new role, representing it as the deputy of the OAS,” said Mendez, expressing hope for a “stronger, more robust, better-financed OAS.”

We asked Ambassador Mendez to comment on the implications of such an outcome, for the 2015 OAS elections, and he told us that indeed, this “would change the optics of the situation.”

Mendez noted that the Secretary General’s office plays an important role in bilateral relations between Belize and Guatemala. The OAS office is very useful in diffusing tensions and leading onsite investigations of incidents that may occur along the Belize-Guatemala border, he said.

The Assistant Secretary General, on the other hand, does not play such a role in bilateral relations, Mendez added. He said that the ASG’s role involves implementing regional projects but he is not involved in the essential political dialogue, since that is really the purview of the Secretary General.

Would Belize change its stance on the OAS’s LGBT resolution?

Ambassador Mendez had appeared this March before the Inter-American Commission on Human Rights (IACHR), the judicial organ of the OAS, after Belize was summoned to present its position in response to a complaint filed by the United Belize Advocacy Movement (UNIBAM) alleging LGBT violations by the state.

The OAS has also passed a resolution on Human Rights, Sexual Orientation, Gender Identity and Expression, which calls for a move across the Americas to decriminalize homosexuality; however, Belize is among the minority of states which have expressed reservations about adopting that resolution.

We asked Ambassador Mendez whether Belize would change its stance if he were to become the ASG of the OAS, given that member countries are generally expected to support OAS resolutions.

It would be ideal for all member states to support the resolutions but the reality is different, Mendez said.

“Belize will always take its position based on its best national interest; that won’t change based on where its nationals are serving,” Mendez told us.

He recalled that the LGBT issue was brought before the IACHR, but added that the IACHR is largely an autonomous body composed of elected commissioners who analyze cases and make recommendations.

He said that in respect of the resolution that was presented both in Guatemala in 2013 and again in Paraguay this year, Belize expressed reservations because of a factual matter – that it is a matter that is before the court in Belize, and until a ruling is handed down, Belize is not in a position to go either way with that resolution.

“My being there [as Assistant Secretary General] won’t have any bearing on the work of the Commission,” Mendez told us.

It is not clear whether other OAS member states will submit nominations for the two Secretariat posts. Mendez told us that the Permanent Council of the OAS would indicate the closing date for nominations, and candidates will be asked to make presentations before that council about their vision and proposed work plan.

“We have to recalibrate the focus of the OAS,” Mendez told us, explaining that the OAS operates on four main pillars: democracy, human rights, integral development and multidimensional security. 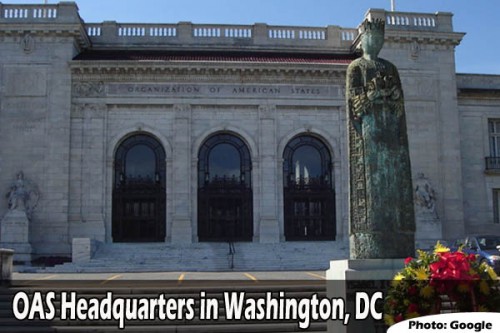 He said that the mandates come to the OAS from the charters and resolutions that have been given to them over the years, but the OAS has, in some areas, been overburdened by mandates and has had difficulty implementing some of them due to limited resources.

He is hopeful that a renewed focus on areas such as integral development could benefit Belize, because of its emphasis on socio-economic matters such as employment and economic opportunities.

The Small Business Development Centers promoted by BELTRAIDE are the result of an OAS initiative which, he said, has been “pretty successful in Belize.”

“We have to do more in terms of getting people more productive in entrepreneurial activities,” he added.

“The OAS can do a lot more,” he said, pointing to its alliances with the Inter-American Development Bank (IDB), the World Bank and the Pan American Health Organization (PAHO).