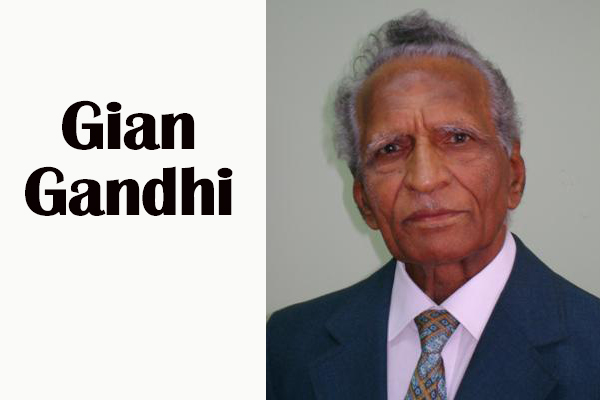 When the Financial Action Task Force (FATF), established by the G-7, met in France earlier this month, they decided that Belize should not face financial sanctions, because it had taken action to implement new laws, mostly designed to address compliance with international guidelines to counter money laundering and the financing of terrorism.

While the cautionary note against Belize, issued last November by the regional body – the Caribbean Financial Action Task Force (CFATF), remains in force, Gian C. Gandhi, Director General – Deputy Chairman of the International Financial Services Commission in Belize, told Amandala today that Belize will be subject to a review by the CFATF plenary in May. A country representative would be attending on Belize’s behalf.

Sanctions against our sister Caribbean country, Guyana, which faced a political gridlock which stopped them from passing their version of the anti-money laundering legislation ahead of the France meeting, have also been deferred, Gandhi indicated.

In its latest online post, CFATF notes that Belize has enacted 9 pieces of legislation in response to CFATF’s statement on Belize last year.

“Through the printing of an historic Special Gazette, the Government of Belize demonstrated its commitment to modernize its Anti-Money Laundering and Combating the Financing of Terrorism (AML/CFT) architecture in keeping with international standards to enact nine pieces of key legislation, six laws and three regulations,” CFATF’s post said.

It added that, “Since the time of the issuance of the public statement and particularly in January 2014, Belize brought together technical capacity and political will, to approve different pieces of legislation and regulations, which represent a significant step in improving compliance with AML/CFT Standards.”

The legislative instruments were published in the Gazette on Friday, February 7, immediately after they were signed by Governor-General Sir Colville Young.

The CFATF went on to congratulate Belize on what it called a “first step,” and said it “encourages the jurisdiction to continue strengthening its AML/CFT Regime.”

Belize said in its statement that it “…understands that these accomplishments do not mark the completion of its efforts to enhance implementation of the FATF Standards. Belize will remain actively committed to the continued improvement and implementation of a robust national AML/CFT regime.”

While concerns have been expressed in some quarters about the more onerous reporting obligations that are being implemented, in line with these legislative changes, Gandhi said that there will be no need for the filing of public financial statements by politically exposed persons; however, clients regarded as political exposed persons (see article elsewhere in this edition of Amandala) would be subject to “enhanced due diligence…” from banks and other financial institutions, because they would be required to do more monitoring of such customers.

Belize said in its statement to CFATF that specific measures being implemented include but are not limited to: strengthening customer due diligence, record-keeping, compliance and reporting obligations for financial institutions; enhancing compliance with CFT obligations, particularly freezing and confiscating terrorist assets, expedited implementation of targeted financial sanctions by the UN Security Council, clarifying listing and delisting procedures; establishing the National Anti-Money Laundering Committee as a statutory body to advise the Minister of Finance and coordinate national AML/CFT efforts; and strengthening and clarifying the sanctions regime, including implementation of a comprehensive administrative penalty regime.