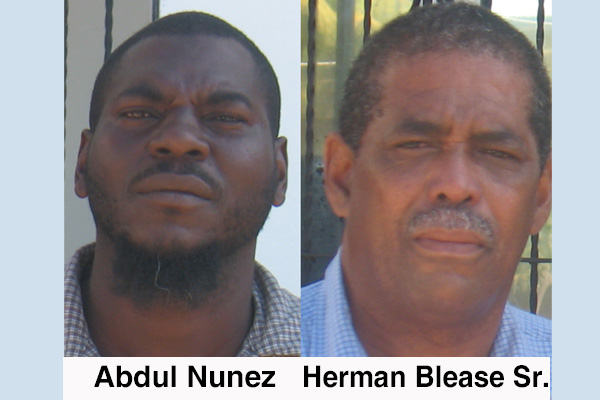 Four former employees of Kolbe Foundation who are facing a defamation lawsuit for what they described as a quest to bring injustices to the fore, are now confronted with impending judgment against them, and they say that two attorneys who had been representing them in the matter have failed to file a defense on their behalf.

The group is being sued for the contents of a 12-minute documentary produced for the Belize Central Prison Coalition, alleging human rights abuses, including unfair terminations, by the Kolbe Foundation.

Labour Commissioner Ivan Williams had issued a report earlier this year saying that 33 workers were let go during the first six months of 2013. That’s a high rate of almost 6 workers every month – a 12.3% reduction in staff. The total staff complement up to June 2013 number roughly 270, Williams noted.

In its documentary, the Coalition also alleged multiple cases of inmates being used for work both on and off the compound, and management “exploiting labor for personal gain.” It also raised concerns that personal data of staff and visitors could fall into the wrong hands due to a poorly managed database system.

The former Kolbe workers were formerly represented by Arthur Saldivar, and one of the defendants, Abdul Nunez, said that they had been given the impression that they had a winning case. Saldivar is no longer representing them, Nunez told Amandala.

Nunez said that on Friday Justice Courtney Abel was advised that their attorney, Brian Neal, would no longer be representing them. Nunez said the news came as a shock, since only the day before he had spoken with Neal and had gotten no such warning.

“When we spoke with him Thursday, we had his assurance he was going to court to do battle,” Nunez said.

Amandala has tried to reach Neal at his office number on multiple occasions, but we were told that he was not available.

The National Trade Union Congress of Belize (NTUCB) had made a down-payment towards legal services provided by Neal, and when we contacted the Congress on Monday, they were surprised to hear that Neal is no longer representing the former Kolbe workers.

Nunez questions whether they are being “deliberately sabotaged.”

“We have no other option [but] to think that,” he told us.

He has indicated that they will seek redress by filing a complaint to the General Legal Counsel, a sort of ethics committee of members of the Bar Association of Belize.

The judge has proposed that the accused speak with the attorney from the other side, to see if there is any compromise that can be reached, Nunez informed.

Earl Jones, Kolbe CEO, told Amandala on Monday that the hearing was set for November 27 and 28, 2013, and Justice Abel had given the former Kolbe workers time to file their defense. The justice set aside his original judgment, which went against the former workers, to give them time to file, and they have still not filed their defense, Jones told us.

He said that they plan to ask the Supreme Court to enter a default judgment and issue a settlement of the claim against the former workers.

BELIZE CITY, Mon. Nov. 23, 2020-- For the first time in seven years, Belize is projected to record a decrease in the yearly number...
Read more
Highlights

BELIZE CITY, Mon. Nov. 23, 2020-- In the early growth years of the Belize fishing industry back in the 1960s when cooperatives were just...
Read more
- Advertisment -