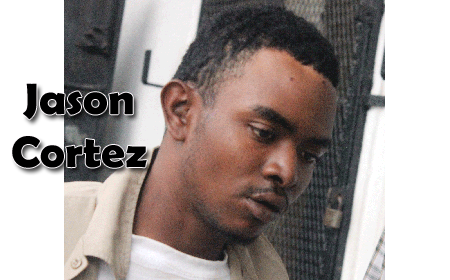 BELIZE CITY, Fri. Feb. 12, 2016–Another Belize City man was remanded to prison today on a charge of aggravated burglary in connection with the armed robbery of a group of tourists who were anchored in their boat off Middle Long Caye on January 13.

Police charged Jason Emmanuel Cortez, 20, along with Bradwick Lino, 22, who is serving a three-month sentence after he pleaded guilty to handling stolen goods last month, in connection with the same incident.

Police are relying on fingerprint evidence to assist their case in linking Cortez to the robbery at sea.

Cortez, a construction worker and resident of Balan Street, Lake Independence, appeared before Senior Magistrate Sharon Fraser and pleaded not guilty to the charge.

Fraser, however, could not grant bail because the offense has allegedly been committed with a firearm; therefore Cortez was remanded to the Belize Central Prison until his next court date on March 18.

The allegation against Cortez and Lino is that they are the two men who stormed on board a catamaran that was anchored off Middle Long Caye on January 13, and terrorized a group of tourists at gunpoint before making off with a number of items.

Christy Williams, another tourist who was on the catamaran when the pirates struck, lost her tablet and a pair of earrings, value unknown.

John Horton, another tourist, had his US passport stolen, along with his credit and debit cards and US$800 cash.

Jason Cortez told the court that Bradwick Lino had already pleaded guilty to a charge of handling stolen goods in respect to the binoculars and the computer hard drives that were found at his, Cortez’s, Balan Street home.

Cortes added that he was at work when he learned that his home had been searched by police.

On January 19, Lino pleaded guilty to one count of handling stolen goods when he appeared before Magistrate Carlon Mendoza, who sentenced him to three months in prison for the pair of binoculars that allegedly was found at Cortez’s home.

Florita Pineda, 45, a domestic of Balan Street, and her son, James Cortez, pleaded not guilty to one count of handling stolen goods and were released on bail after they appeared before Mendoza last month.

John Picard, a US national, reported to police that at around 10:00 p.m., on Wednesday, January 13, 2016, he was at sea working and his boat was anchored near Middle Long Caye when they were awakened by two men who were armed and who demanded money. Picard told police their rooms were ransacked and a number of items were stolen.

Police have recovered some of the stolen items.