Belize and the Cubs 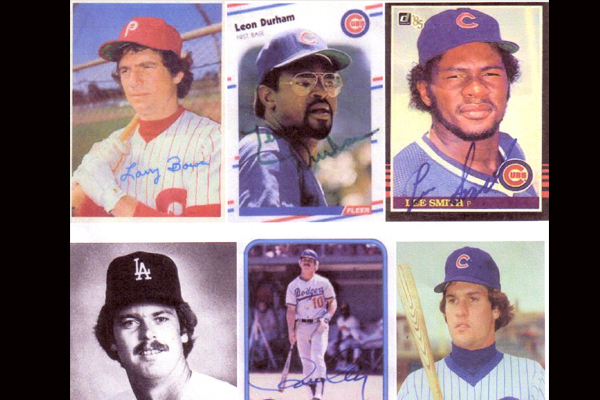 Television came to Belize between 1981-1982, if I can remember correctly. I can remember all of us buying television sets and antennae like crazy. Those items and their accessories were the best selling items in the downtown Belize City stores. I can remember each of us going outside and turning and adjusting our antenna so as to improve reception. I could remember those of us who were unable to find any signal on their television sets would take our TV sets to an electronics repair shop on Iguana Street, in the Mesopotamia Division which I represent in the National Assembly, to Mr. David Jenkins, Sr. He would adjust something inside the set and after payment of a meager fee of $200, you would be able to view television programmes.

It is funny how life goes. Before the advent of TV, baseball fans in Belize were mainly supporters of the New York Yankees, the Los Angeles Dodgers, the San Francisco Giants and the Cardinals. The great Cubs’ Hall of Fame announcer, Harry Caray, was in the early 1970s the play-by-play commentator for the St. Louis Cardinals. This was the time when we tuned our transistor radios to the short wave sportscasts carried via the American Armed Forces Radio and Television Service to listen to coverage of the games. Most times the signals were strong, and when the signal strength was weak we Belizeans used all sorts of innovative techniques to improve the reception of our transistor radios.

In those days our athletes were not exposed to live television coverage of sporting events, but it was amazing how talented and skilled they were in their various sports disciplines without the visual aid of television. As good as they were, their performances would have been better.

Athletes today should be grateful for the facility to actually view the games on TV. They are fortunate to be able to see basketballer LeBron James get it right. Through the magic of television transmissions, they can review world standard performance by Alex Rodriguez in baseball and Lionel Messi in football, and later “carbon copy” their moves.

Now let me return to my topic. Arthur and Marie Hoare (now deceased) became the magnates of broadcast television in Belize City. Cable TV was unavailable to subscribers on the south side of Belize City and a few subscribers in certain north side neighborhoods obtained cable television service provided by the Graniels. The operation managed by the Hoare family made available, free of cost on broadcast Channel 9 a relay of the programmes transmitted via satellite from station WGN TV headquartered in Chicago, Illinois.

WGN TV had the franchise for the live coverage of Chicago Cubs baseball games and as this station’s signal was relayed into Belize City by the Hoares, “world and country” were glued to their television sets to see the mighty Cubs win or lose (mostly lose). The Cubs, as an organization, were at the time 106 years old and the last time the Cubs had won the pennant was when the world was at war in 1945.

Shortly after the advent of TV in Belize, 1984, the Cubs were in their 109th season and the Cubbies won the National League Eastern Division with a 96 and 65 record. The Cubs’ colorful play-by-play commentator, Harry Caray, was in his glee and Belize City, particularly the housewives, went wild. Harry Caray, besides being a good, colorful play-by-play commentator, was also comical. I can remember when Ron Cey dropped a fly ball in the infield. Harry Caray said, “How can a man earning $2 million a year drop a routine fly ball?” I can remember them playing the Dodgers, and the Dodgers’ outfielder, Pedro Guerrero, drove a ball into the outfield looking like it would be a home run and Harry Caray shouting, “Wind, hold that ball, hold that ball!”

The National League Western Division was won by the San Diego Padres, and the Cubs and the Padres faced off in a 5-game series to see who would represent the National League in the World Series. The Cubs players like Leon Durham, Lee Smith, Rick Sutcliffe, Ryne Sandberg, Jody Davis, Bobby Dernier, Keith Moreland, Dennis Eckersley and Gary Matthews were some of the soldiers that were on the Cubs team that would take them to the “promised land.”

In the final and deciding game of the series, the Cubs were up 3 to nothing with their ace pitcher Rick Sutcliffe pitching. They were leading three to nothing in the 7th inning when the “dolly house” came tumbling down in a way that left the Cub fans wondering what had gone wrong. They lost the game, and they lost the pennant. Belize City was quiet. Housewives, who were the backbone of the Cubs’ support in the old capital, were crying, and if you made a joke about the Cubbies some would dare curse you out. Some would say wait until next year, but next year never came. In that year, their manager, Jim Frey, was named Manager of the Year, their second baseman, Ryne Sandberg, was named MVP and Rick Sutcliffe was the National League’s Cy Young Award winner.

The Cubs today are a 138-year-old organization. Belizeans and Belizean housewives have lost confidence in their Cubbies. Today, walk down any street in Belize City and you will never hear a Cubbies baseball game on neighbors’ television sets. Looking back to the period 1982–1984, that was not the story. The Cubbies were live on every T.V. set in Belize City and as you passed by you could hear the live coverage of the Cubs games and Belize City residents cheering for their beloved Cubbies. Harry Caray could be heard shouting, “Cubs win, Cubs win,” or at times, “Holy cow!” Harry is no longer with us as he passed away but the Cubbies are still alive waiting to win a pennant and a World Series some day. I wonder if in our life span we will be able to see this happen.

The 1984 Belizean Cubs fans will never forget the name of the first baseman of the San Diego Padres, Steve Garvey. It was his bat that drove Rick Sutcliffe to the showers.

Do you believe in superstition? The bad luck of curses and black cats crossing the field? Obeah and smoking “puro”? Those must have been the curse on the Chicago Cubs.

What Belizean housewives did not know was that the Cubs began the 1969 season by winning 11 of their first 12 games and by August they were sporting a 75-44 record, up by a season’s high of 9 games over the New York Mets, who were in second place. By September they had a record of 84-52, well en route to exceed their 1968 season, but their lead over the Mets had fallen to 5 games. The Mets then went on a tear. The Cubs ultimately lost 17 of their last 25 games of the season while the Mets won 23 and lost 7 and had overtaken the Cubs and finished 8 games ahead of them.

It was one of the most amazing end-of-season collapses in baseball’s history. The Cubs were set to win that 1969 season but ended their season in total disgrace. That’s what new Belizean baseball fans did not know about the Cubs. If they only knew what I knew, they would not have bet their hopes on the Cubs in 1984.

And on this note, I will end with a joke told to me by Belizean athletic star, Colin Thurton. A boy was “giving trouble,” and his mother called him to give him a good beating. The boy said to his mother, “Don’t beat me! Send me to the Cubs!” The mother asked the boy, “What was the meaning of that?” The boy replied, “Mama, the Cubs noh beat nobody.”