Belize enters the world of terrorism! 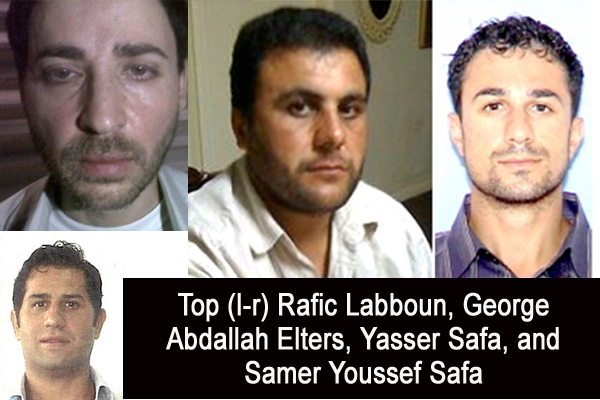 The Belize Ministry of National Security has launched an investigation to determine how a Lebanese-American imam—said to have key Hezbollah links and who was wanted on a Texas warrant after skipping parole in the US—found his way into Belize and stole the identity of a dead Mennonite by obtaining an official copy of his birth certificate, which he used to obtain a passport and then a driver’s license before absconding to Mexico, where he was picked up over the weekend in a heavily armed operation by Mexican security officials aided by US intelligence operatives.

Days before the 11th anniversary of the September 11, 2001, destruction of the World Trade Center Twin Towers, Mexican state police and immigration agents descended with high caliber weapons on a house located in Francisco de Montejo in west Merida and detained Rafic Mohammad Labboun Allaboun, 44, an imam from the Shia Association Bay Area (SABA Islamic Center) in San Jose, California. The Islamic spiritual leader has allegedly been linked to a radical cell of Hezbollah agents operating in the US and Central America, who FBI authorities in the US are now investigating for alleged links to the 9/11 incident.

Mexico’s National Immigration Institute (Spanish acronym INM) reported in a bulletin on Monday, September 10, that Rafic Labboun—who had allegedly skipped parole and fled to Mexico on a Belizean passport fraudulently obtained under the name Wilhelm Dyck—had been apprehended in Mérida, Yucatán, on Saturday, and returned to the USA for charges.

The Mexican institute said that at the time of his arrest, Labboun was accompanied by Samer Youssef Safa, 34, who holds Belizean citizenship.

Belize National Security officials say that the third man arrested, Justin George Abdallah Elters, Belizean by naturalization, has been released from custody, but Samer is still in detention and Mexican authorities are interested in questioning his elder brother, Yasser, as well. Both Safa brothers have been in Merida on business.

Mere hours after his detention in Merida, Labboun was flown off to the USA. He was charged in Texas on Monday and immediately transferred to the San Jose division of the Northern District Court of California for booking.

Since 2005, Samer Safa’s name has come up in Belize media circles in connection with allegations of multiple cheque fraud in Belize, as well as investigations surrounding duty evasion on late model vehicles that had allegedly been stolen and imported into Belize. There was some confusion over whether it was Samer or his brother Yasser who had been accused of check fraud, since some reports to police implicated Samer while others implicated Yasser.

Meanwhile, Belize National Security Press Officer Delroy Cuthkelvin has indicated to Amandala that Samer and Yasser Safa are also wanted for questioning in Belize, as authorities here try to unravel the mystery of how Labboun entered Belize and obtained the false Mennonite identity. Belizean authorities hope that the Safas would be handed over either today or tomorrow. Belizean authorities are still investigating what name Labboun used to enter Belize.

International press reports say that Labboun had been released this June from a US prison after serving a two-year sentence for credit card fraud, allegedly as part of a fundraising scheme to aid Hezbollah activities in the US. Labboun was bonded to repay over US$100,000 raised via the scheme and he was on a 3-year probation/parole when he fled the country.

Indications are that Labboun was in Belize for at least three days before moving over to Mexico. On Wednesday, August 29, the birth certificate for Wilhelm Dyck was issued by the Vital Statistics Unit in Belize City.

On Thursday, August 30, 2012, the same birth certificate was used to obtain an emergency passport in Belize City for a fee of $100. The identity of persons seeking Belizean passports, by law, has to be verified by a Justice of the Peace (JP).

In this case, Juliana Arana, whose house, incidentally, was burned down in what authorities suspect was an act of arson, is the JP on record as having verified the identity of the man posing as Wilhelm Dyck. Cuthkelvin said that Belize police have since questioned Arana, but she has indicated that she does not recall having authenticated the identity of the man.

Police have also questioned Gilroy Guzman, the Immigration supervisor at the Belize City Passport Office, who authorities said received and approved the application after the front desk clerk sent back the man posing as Wilhelm Dyck because he did not have the required photo ID.

Guzman has since claimed that he was presented with a Social Security ID when he received the passport application, said Cuthkelvin.

On Friday, August 31, 2012, after the passport was issued, it was used to obtain a driver’s license in Belmopan. Oddly, license #12,571 was issued by the Belmopan office although, according to the Ministry of National Security, they had not yet reached the 12,000 series.

There are other glaring anomalies: Investigators have said that they have been unable to source the original applications filed at the Vital Statistics and Passport offices – documents they say could be key in unraveling the case.

Cuthkelvin, who agreed that the country’s national security system has been breached, told our newspaper that investigations are ongoing, as authorities try to determine who may have facilitated Labboun in Belize.

Minister of Immigration Godwin Hulse told Amandala today that there was a lengthy meeting with senior immigration staff, and they have rechecked their system in an effort to find out what went wrong. Hulse said that an internal investigation is ongoing at the highest level, as they are trying to look at tightening up potential loopholes in the system.

For the meantime, said Minister Hulse, Government has discontinued the issuance of emergency passports, unless they are approved by the Director of Immigration Ruth Meighan or her deputy. By next week, said Hulse, the Ministry of Immigration hopes to announce new passport application procedures. He told us that Guzman has not been interdicted from duty.

The case of Rafic Labboun is now an international investigation that spans at least three countries – the USA, Belize and Mexico: right after assuming the identity of Wilhelm Dyck of Shipyard Orange Walk, the man reportedly fled the border. The day after obtaining his Belmopan driver’s license, Saturday, September 1, 2012, the man now identified as Rafic Labboun crossed the Mexican border to Quintana Roo and then made his way to Cancun, where he was arrested a week later, on Saturday, September 8.

Criminal investigations immediately launched in Belize verified that William Dyck, born February 8, 1976, died 2 months after birth and his parents, David and Judith Dyck, have since passed away. This was reportedly verified by his sister in Belize.

The international news reports also say that Samer Youssef Safa, who is being linked with Labboun’s escape from the US, may be related to top Hezbollah security chief, Wafik Safa, who is also married to Hezbollah Chief Hassan Nasrallah’s sister.

Mexican immigration sources have indicated to Belizean officials that Samer arrived in Quintana Roo on May 12, 2012, and was granted a 6-month entry as a tourist. However, he also holds a Mexican residency card issued last December and valid for one year. It is an inconsistency that we understand also concerns Mexican authorities – he can’t be both tourist and resident.

According to Vision Radio of Mexico, the US Embassy in Mexico and its Merida consulate have been investigating the possible presence of Hezbollah in Yucatán since 2009, and the possibility that they may have been using the same narco-trafficking and human trafficking routes that have been used to access the US.

The Hezbollah/Al Qaeda links in Belize have also been under watch by US and Mexican authorities.

The report points to a Pakistani businessman and two Lebanese residents of Belize, with Chetumal connections, as agents for a terrorist network which launders money and traffics drugs, arms, people and stolen vehicles from Central America to Lebanon to aid terrorist activities.

For now, though, the Belize Ministry of National Security is focusing its investigations on how Labboun could have breached Belize’s borders.

According to Cuthkelvin, Mexican Immigration sources have indicated that when Safa took Mexican authorities to find Elters, Yasser Safa’s wife, Janine Gabb-Safa, and their three children, all born in Belize, were at the same location in Mexico.

Amandala was advised at press time this evening that Belize police have forwarded a file to the Director of Public Prosecutions, Chery-LynnVidal, for her to advise whether anyone should be charged in connection with the investigations.