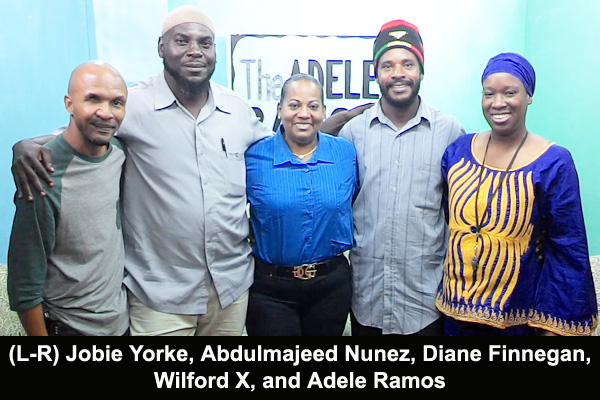 Attention of people in authority needs to be focused on youth

Dianne Finnegan, coordinator of the Youth Apprenticeship Program, announced last week on the final edition of The Adele Ramos Show that Belize is progressing towards the establishment of a drug court, with assistance from the Organization of American States (OAS).

Finnegan said that while the initiative is still a work in progress, sending youth involved with drug crimes to a specialized drug court, which would stream them into rehabilitation centers as opposed to prison, would help young people achieve the kind of recovery they need to be reintegrated into their communities.

Abdulmajeed Nunez, a counselor at Stella Maris School formerly employed at Belize Central Prison, said he would go so far as to say that 70% of crimes committed in Belize are drug-related. That is because crimes are committed either to get the drug – such as robbery, burglary or murder – or committed in drug-induced states, he said.

Nunez recalled a conversation he had with Magistrate Sharon Fraser and Fermin Olivera in their social work and law class, when, he said, they were doing case vignettes of how to deal with certain situations. He commented, based on what he has learned, that, although the law makes provision for a magistrate to sentence a person to drug rehab, how can they do that if we do not have any such certified center in Belize?

He said that when it comes to juvenile justice centers in Belize, only the Princess Royal Youth Hostel is certified. Wagner’s Youth Facility, to which youth who run into trouble with the law are sent, is not – it is jail, and Nunez is of the view that young people, some of whom are there on drug-related charges, cannot be rehabilitated in an environment where seasoned criminals have access to those juveniles.

Finnegan said that the rehab centers to which the drug court would send young offenders would have to meet international standards, and the OAS is investing a lot into ensuring high standards and quality.

Youth would be subject to continuous monitoring and evaluation, and would eventually be able to access the Youth Apprenticeship Program, which would help them to become transformed, gainfully employed and reintegrated into society.

Nunez also recalled a proposal for a first offenders program which would give youth a chance to start again with a clean slate – a welcomed initiative given how hard it is for persons with a criminal record to get a job or to travel outside of Belize.

“If [authorities] wanted it bad enough, it could have happened but oftentimes we are eager to condemn and eager to punish,” Finnegan said.

Finnegan emphasized the need for youth to have a sense of identity and purpose.

“All the shooting that is happening, it does not necessarily have to do with drugs, but it has to do with identity. It has to do with the loss of self within a system that is centered on something else other than the focus on you so,” she said.

She added that, “The problem is, who should be listening aren’t listening. It is important then that those who can tap into that and say, ‘Let’s try it,’ [act]. All of us cannot be saying the same thing and nothing is done to minimize some of the problems our people are facing within society, especially young people.”