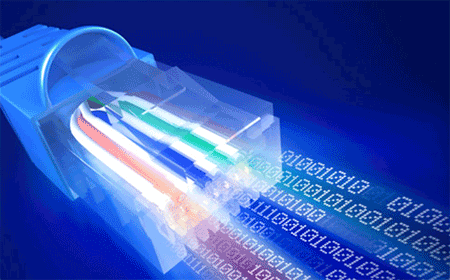 The formation of BIXP, a newly registered NGO, was spearheaded by the Public Utilities Commission in collaboration with all of Belize’s internet service providers.

These internet service providers are Net King Solutions Ltd., Inter Networks Ltd., Speednet Communications Limited, Alliance IP Ltd., Broadband Belize Ltd., Centaur Communications Corporation Ltd. and Alternative Network Ltd. — which collectively want to make internet faster, more efficient and reliable. As a result, they have all freely donated physical infrastructure to a special lab at the University of Belize in Belize City. The value of the current infrastructure sitting at UB is estimated at a conservative BZ$100,000.

Internet traffic in Belize has always been directed through an infrastructure in Miami and then returned to Belize to facilitate simple local internet exchanges. As a result, for example, it sometimes takes a while for e-mails to arrive in the inbox of a person that might be right next to the sender, or videos on YouTube might take hours to load.

Also, there is a cost incurred by internet service providers in the trafficking of data.

Now, with the existence of BIXP, internet speed can be faster and cheaper for local internet service providers and potentially for local costumers.

“Let’s think about it in terms of two neighbors and one is asking for sugar to be passed over the fence to another. Before BIXP, that sugar package, instead of being passed over the fence, you would have to go to the airport to take a flight to Miami, come back down and walk down the same street to hand that package over the fence,” commented Mr. Bevil Wooding of Pocket Clearing House.

“With BIXP, Belize will now be able to use the internet to develop economically,” said BIXP Chairman, Errol Cattouse.

BIXP, they say, is the next best thing since the Internet. It can revolutionize the way Belizeans conduct business, the way schools function and the way that people interact on a day to day basis.

“The Ministry has been trying to go in the direction of offering distance learning even at the secondary level. The possibilities are tremendous and we are excited about it,” said Minister of Education, Patrick Faber.