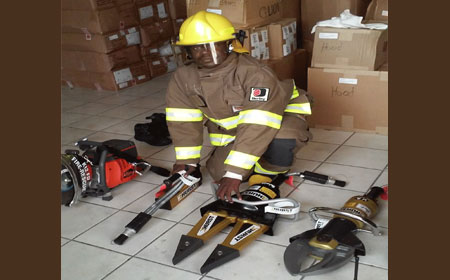 The donation was handed over to the Belize Fire Service by His Excellency Carlos Moreno, Ambassador of the United States to Belize, on Friday.

The Ambassador said that the donation was a part of its humanitarian assistance program for Belize.

One local firefighter has remarked that, with the new ‘jaws of life’ they just received, they will be able to recover people out of wrecked and mangled vehicles more quickly and take them to hospitals.

The equipment is expected to be distributed to all fire stations countrywide.