Belize and Guatemala to discuss Sarstoon mechanism on Tuesday afternoon 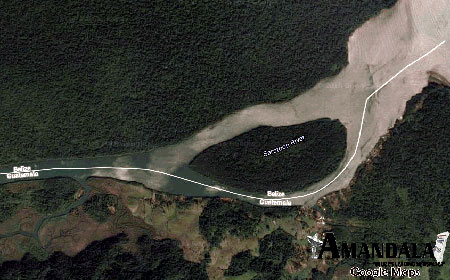 BELIZE CITY, Mon. June 20, 2016–Belize and Guatemala are scheduled to hold bilateral talks at the headquarters of the Organization of American States (OAS) on Tuesday afternoon, according to Lawrence Sylvester, the Chief Executive Officer in the Ministry of Foreign Affairs.

We asked the CEO, what is the scope of tomorrow’s discussion? He told us that the parties will be discussing bilateral relations, and more specifically advancing the work on trying to get an agreement on the situation at the Sarstoon River.

Amandala readers will recall that the Government of Belize has so far been unable to reach a formal accord with the Government of Guatemala, in the face of heightened tensions on the Sarstoon, where Guatemalan military had taken up an aggressive stance in preventing both Belizean military and civilians from entering the Belize side of the river.

After talks held in Istanbul, Turkey, late last month, the Government of Belize had said that it was rescinding a statutory instrument, passed to temporarily stop Belizeans from going to the Sarstoon River until an agreement could be worked out with the Guatemalans. In that announcement, the Government of Belize had said that there would be “untrammeled traffic” for Belizeans within our territory—a position that the Guatemalans have since challenged, while contending that the Sarstoon is an “integral part” of their territory.

Sylvester told us that he anticipates an agreed communiqué or statement on the outcome of tomorrow’s meeting as early as tomorrow evening.