Belize immigration officers nab Cuban trio believed to be heading to the U.S. 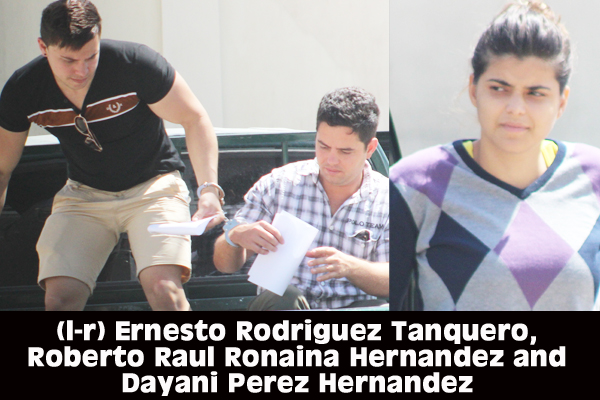 They pleaded guilty before Magistrate Dale Cayetano, who imposed the fines and signed an immigration removal order for them to be deported back to Cuba.

According to court records, when immigration officers asked for identification papers, the trio were able to produce their Cuban passports.

But upon checking the passports, the officers observed that there was no immigration entry stamp inside the passports, and a search of their computer system could not locate any legal entry for the three.

The three, who spoke very little English, were provided with a court interpreter, who explained to them in Spanish why they were being charged with the offence of illegal entry into Belize.

While immigration officers suspect that the three were heading for the U.S., the men had nothing to say, when asked to make mitigation pleas.

After the court had imposed the fine, the three told the Magistrate that someone was coming to Belize City to pay their court fine.

Immigration officers are of the view that the Cubans entered Belize via the Mopan River from the Guatemalan side.

Tanquero’s passport revealed that he had obtained a Jamaican visa on August 27, 2013, but there was no record that he has actually been to that Caribbean island. And he also had a Guatemalan visa dated March 18, 2014, which shows that he had landed at the Guatemalan International Airport in Guatemala City.