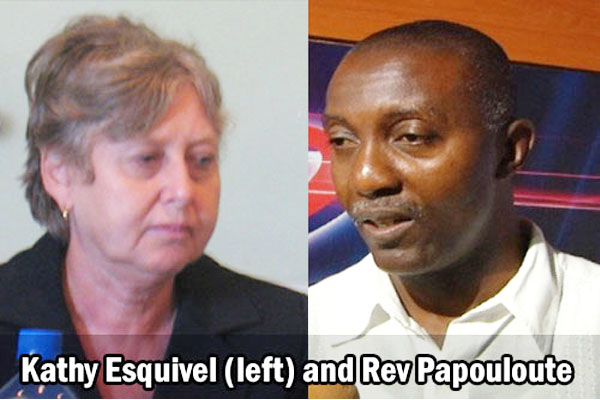 CARICOM agency, of which Belize is a member, says criminalization of sodomy harms treatment of HIV/AIDS among homosexuals, but pastor says, claim is “a farce”

In an interesting turn of events this week, a CARICOM organization of which the State of Belize is a member has issued a statement supporting the recent firing of Professor Brendan Bain as head of the Caribbean HIV AIDS Regional Training Network (CHART) and making it unequivocally clear that it stands with UNIBAM in its bid to get sodomy laws removed from the nation’s law books.

Of note is that the Caribbean Court of Justice, the judicial organ of CARICOM, is at the same time, set to hear a challenge by LGBT activist Maurice Tomlinson against immigration laws in Belize and Trinidad, which he claims discriminate against LGBT visitors.

On Wednesday, Pan Caribbean Partnership against HIV and AIDS (PANCAP) issued a statement via the CARICOM Secretariat, in which it said that Bain’s testimony in the Caleb Orozco (UNIBAM’s Executive Director) v. A.G. Belize (2012) case is not consistent with the stated goals of PANCAP to reduce stigma and eliminate discrimination, and is, furthermore, in dissonance with PANCAP’s ongoing work to remove discriminatory laws and affirm human rights.

Interestingly, PANCAP is an agency of CARICOM, and Belize, which is being sued by UNIBAM, is a member of both bodies.

PANCAP said that, “Currently, 11 CARICOM States have laws which criminalize consensual same-sex relationships between adults in private. The Global Commission on HIV and the Law has found that countries which criminalize same-sex sexual activity have higher HIV prevalence rates among men who have sex with men (MSM) than countries that do not; that criminalizing HIV transmission harms HIV prevention and treatment…”

It said that this view was communicated to Professor Bain during the 15th Meeting of the Priority Areas Coordinating Committee (PACC), a technical committee of the PANCAP Executive Board, which was held via teleconference on 15 January 2014, and Bain subsequently resigned on 14 March 2014.

As we reported in our last issue of Amandala, Bain’s contract as head of CHART was terminated by the University of the West Indies last Tuesday, May 20. Supporters in Belize and Jamaica held protests, calling the termination an unjust move to muzzle those who do not support the LGBT bid for special rights.

On Friday, May 23, Rev. Roosevelt Papouloute, president of the Belize Council of Churches, and Rev. Eugene Crawford, president of the Evangelical Association of Belize, wrote UWI expressing their “disappointment and outrage,” and denouncing the termination and calling it “an act of extreme cowardice.”

“We believe that your actions have now unleashed within the Caribbean region the targeted harassment and discrimination that becomes so apparent in the United States of America, against any person who expresses a view that does not support the LGBT community,” they stated.

The pastors added that, “We are aware of the global trend that parrots the rhetoric of gay rights as a human right, but we reject such claims as being grounded only in the will of politically powerful nations who have discarded their cultural inheritance and now demand that less powerful nations do the same. Too often these demands are attached to the financial support these larger economies offer the developing countries.”

On Tuesday, Orozco also posted comments on his Facebook page attributed to Kathy Esquivel, the former chair of the National AIDS Commission in Belize, who resigned from that post earlier this year.

“The churches and fellow travellers are wrongly framing the recent UWI decision to terminate Professor Bain from his post as head of CHART as an issue of freedom of speech. It is more properly an issue of ensuring that the leadership of an organization is in tune with the ideals and principles of that organization. CHART has a public position, backed by scientific evidence, that decriminalizing same sex activities reduces stigma and discrimination,” the post said.

Esquivel confirmed to our newspaper via phone that she authorized the release of the post on Orozco’s page – a post which she said she did not want to put on her personal Facebook page, which she told us is really for family and friends.

Esquivel told us that her post, written before the PANCAP statement, is very similar, as it addresses the issue of whether someone who no longer believes in the goals and principles of an organization can be the best person to lead that organization.

We asked Esquivel whether the National AIDS Commission of Belize, an agency under the Office of the Prime Minister and which is Belize’s link to PANCAP, shares the same position as PANCAP on the decriminalization of sodomy.

Esquivel said that this issue has come up at the Commission, but because NAC is a statutory body and about a half of its representatives are from government departments and ministries, and because the government is a party to the Constitutional challenge which had been filed by UNIBAM, the NAC could not take an official position on the matter, although, she said, most of the members would support decriminalization on a personal level.

Esquivel said that nobody is disputing the facts, which are based on scientific evidence, that the prevalence of HIV/AIDS is considerably higher among homosexuals, but, she said, from a public health standpoint, the prevailing opinion is that “the way to deal with it is to decrease stigma and discrimination, so those in need of accessing care will come forward not only for their own health but the health of others…”

She told us that, “a large number of men who have sex with men also have sex with women [bisexuals], who also do not know of their partner’s other activities.”

She shared with us local statistics which indicate that the prevalence of HIV/AIDS in the homosexual community is in the double digit figures, when the prevalence in the wider population has been less than 1%. The rates among prostitutes, inmates (who are believed to be exposed even before going to jail) and members of the military (often stationed away from their families) are a little higher.

We had raised this issue with Pastor Scott Stirm of Belize Action at last Friday’s demonstration against the termination of Dr. Bain, and Stirm told us, “…it’s a farce!”

“They’re going to play that card to push for their rights even more. It’s absolutely not true. They are based on a philosophy that says, ‘It’s because of stigma and discrimination that the HIV and AIDS rate is continuing to go up.’ In order words, it’s my fault that their AIDS rate is going up? I’m sorry, I don’t buy that. If that were true, Vancouver, Canada, is considered one of the most gay-friendly cities in the world, the least retribution, the widest acceptance; the HIV and AIDS rate among homosexual men in Vancouver several years back was 19.7%. I thought that without the stigma and discrimination more people would access the healthcare system; they’re in one of the most gay-friendly cities in the world and they have one of the highest AIDS rate among [homosexuals].”

Data from M-Track, Canada’s national surveillance system of homosexual and bisexual men, indicates that HIV prevalence among those in Canadian cities ranges from approximately 11% to 23%. The HIV prevalence rates are: 18% in Vancouver, 14% in Victoria, 19% in Winnipeg, 23% in Toronto, 11% in Ottawa, and 13% in Montreal, according to a 2013 post by CATIE, Canada’s source for HIV and Hepatitis C information.