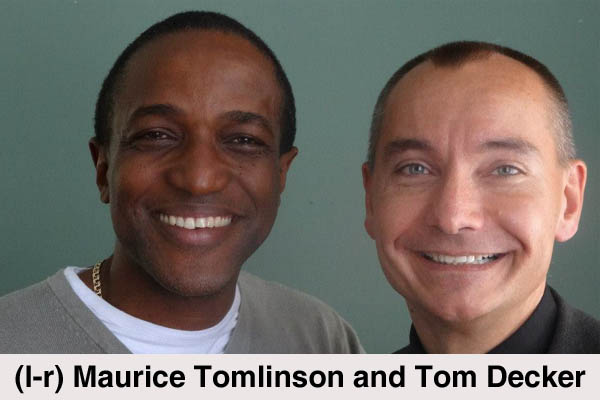 Belize and its sister Caribbean nation – Trinidad and Tobago, appear tomorrow before the Caribbean Court of Justice (CCJ), to face a challenge filed against both countries by Jamaica’s leading LGBT lobbyist, Maurice Tomlinson – the man who alleges that Belize’s immigration laws violate his right to free movement within the Caribbean Community, as enshrined in the Revised Treaty of Chaguaramas.

Ironically, though, Tomlinson, whose child was living in Belize, had visited the country at least twice without any prohibition – and this fact is one of the planks of the defense the Government of Belize has lodged to argue that Tomlinson should not be granted leave by the CCJ to bring the court action against the country.

Tomlinson was previously married to Michele Daley, who recently ended her tenure as Acting Solicitor General of Belize.

Daley’s departure is timely, and her successor – Acting Solicitor General Nigel Hawke – will be leading arguments for the Government of Belize when the case is heard via teleconference tomorrow, Tuesday. Other members of Belize’s team are Crown Counsels Iliana Swift and Herbert Panton.

Tomlinson is asking the court for leave to proceed to hearing of the substantive claim against Belize and Trinidad.

Tomlinson’s case was featured in a press release last December from AIDS Free World, an organization of which he is a leading member. That organization called Section 5 of Belize’s Immigration Act “offensive and overbroad.”

It furthermore said that, “Only two countries in the Western Hemisphere, Belize and the Republic of Trinidad and Tobago, arbitrarily ban the entry of homosexuals as a ‘prohibited class’.”

Belize contends, though, that the law is not a blanket prohibition against homosexuals – but there is a clear commercial dimension to it, where the prohibition is directed at the earning of proceeds from such activities – as would be the case for prostitution and commercial sexual exploitation.

Tomlinson said that the United Belize Advocacy Movement (UNIBAM) had invited him to Belize to conduct training and sensitization sessions in January 2013, and after having learned of the provisions of the Immigration Act, he declined the invitation because he is unwilling to break the law to conduct these sessions.

Over the course of Tuesday, November 12, and Wednesday, November 13, Tomlinson, Attorney-at-Law at the New York-based AIDS-Free World, will have to convince the CCJ that he has an arguable case which should proceed to full hearing.

Amandala understands that the parties have all made their written submissions to the court. Tomorrow, the preliminary hearings should begin with Tomlinson’s arguments, followed by arguments by Trinidad and Belize. The parties will be given an opportunity to reply.