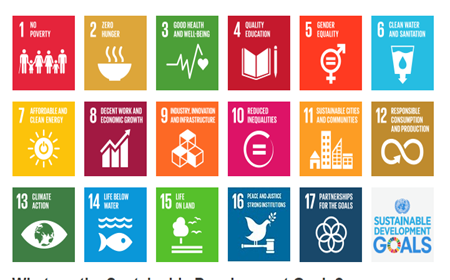 BELIZE CITY, Mon. Nov. 9, 2015–“Despite the gains in education enrolment, Belize still has not harnessed its domestic capacity

effectively to significantly grow its economy. Poverty in Belize is increasingly geography-specific, gendered and generational. Belize’s real economic growth, which has consistently exceeded regional averages, has not necessarily translated into tangible reduction in the poverty levels.” This was pointed out in the Millennium Development Goals Report and Post 2015 Agenda.

The primary poverty safety nets in Belize are the Conditional Cash Transfer and the Food Pantry programs; however, these programs are relatively young, and so it is not yet possible to determine whether they can sustain a reduction in poverty, said Elishah St. Luse, Programme Associate, Poverty Reduction & Democratic Governance of United Nations Development Program.

The report looks at the eight Millennium Development Goals (MDGs) that were established by the United Nations at the start of the millennium in an effort to help with the developmental progress of the UN’s member states. The timeframe for achievement of these goals was a period of 15 years, which expires this year.

Belize is off-target in meeting the first outlined goal, which is to “eradicate extreme poverty and hunger”; however, there has been progress in the effort to reach the other goals. Belize is on track in meeting the second outlined goal – the achievement of universal education, which involves making primary education accessible to all children, as well as the third outlined goal, which is the promotion of gender equality and the empowerment of women in Belize.

Belize has met the target for the fourth Millennium Development Goal, which is the reduction of child mortality; the fifth goal, which is the improvement of maternal health, and also the sixth, which involves combating HIV/AIDS, malaria and other diseases, said Dr. Ramon Figueroa, Ministry of Health. Figueroa said that child mortality has been decreased by 63%, and over 90% of children are immunized against measles. Overall they have been able to reduce maternal mortality, with the exception of this year, in which so far there have been eight deaths, stated Figueroa.

In regards to the seventh goal, which is aimed at ensuring environmental sustainability, the report pointed out that in Belize, deforestation is one of the lowest in the region, and it noted that this is a “critical milestone” to maintain national biodiversity.

In outlining the progress Belize has made in achieving the eighth Millennium Development Goal, which is the cultivation of a global partnership for development, the report noted that in dealing with the debt problems of the country “the super-bond restructuring has improved the debt profile.” Also, it acknowledged that there has been an improvement in technology, but it pointed to the lack of availability of such technologies in the Toledo District and in the rural areas.

While the report states that in 2007 Belize began to make great progress in its efforts to achieve the Millennium Development Goals, it mentioned that the high poverty level in Belize negatively affects the prospects of achieving the other goals.

The report also noted that the crime situation in Belize has a negative impact on Belize’s achievement of the MDGs, since it will more than likely redirect resources from other sectors.