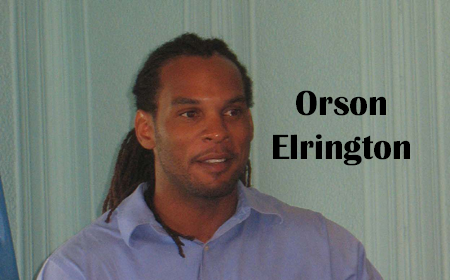 BELIZE CITY, Wed. May 31, 2017–In the wake of controversy over the abruptly terminated reign of Miss Belize Universe, Rebecca “Bexx” Rath, a press release was issued by Orson Elrington, who said that he was speaking on behalf of himself and Reynaldo Malik, who together own a 2/3 majority in Queen of the Jewel Ltd., saying that the statement which had been released the prior Friday by shareholder and pageant director, Opal Enriquez, was unauthorized by them.

Queen of the Jewel owners divided, seek resolution of stalemate

“While we own 2/3 of the company, for various reasons we have left the running of the company and its affairs to Ms. Enriquez. Moving forward that will no longer be the case,” said the release.

“I have not yet resigned from Queen of the Jewel or Miss Belize. I have resigned from Miss Universe for 2017 and other parties applied for directorship but none so far have been selected,” Enriquez told us, adding that Elrington himself, who is director of marketing of the organization, sent her a resignation previously and then overturned it shortly after.

According to the release issued by Elrington, “Officially, Ms. Rebecca Rath is still the reigning Ms. Belize Universe 2016-2017. She retains her title and will continue to perform her duties, until her reign ends and the next Miss Belize 2017-2018 is crowned.”

He added that, “It is the official position of the majority partners of Queen of the Jewel Ltd., that a Miss Belize pageant for 2017-2018 will be held.”

Elrington also said that they will also be seeking to renew the Miss Universe license; however, according to Enriquez, the deadline to apply for a license for this year has already passed.

Enriquez said that, “As national director, I have made all decisions pertaining to how international contracts are handled and if a representative is to be selected (and not crowned) it has been my choice. Orson has served as marketing director and functions in getting sponsors and promotions.”

After Enriquez’s statement was issued on Friday, May 26, announcing that Marcia Moody, the first runner-up of the Miss Belize pageant held in 2016 would be sent to compete this October in the Miss International Pageant in Japan, and that Moody is being named Miss Belize 2017 with immediate effect, Elrington was called out via social media, by people who wanted to know whether he had anything to do with the decision.

“Queen of the Jewel Ltd. apologizes to Ms. Rebecca Rath and her family for this colossal overstep,” the release issued by Elrington on Tuesday said.

It came four days after Enriquez made her announcement, circulated within the Belizean community in Belize and in Los Angeles. We asked Elrington to explain the delay in issuing the release, and he told us that he was trying to get in touch with Malik, the third shareholder, before making a move.

He told us that by the time he was able to communicate with Malik, who he admits has been inactive for some time, the Monday evening news had already aired, and Tuesday was the earliest possible point at which he could issue the release. We tried to reach Malik separately for comment but our calls went unanswered. According to Enriquez, Mr. Malik has not been an active decision maker for the past 3 years.

Elrington informed the press that Enriquez has resigned her position as pageant director and they are seeking a new director to continue the business.

According to Elrington, there is an advisory body to Queen of the Jewel, which includes agencies such as the Belize Tourism Board, the National Institute of Culture and History, the Ministry of Education, and platinum partners/sponsors of the enterprise.

The parties concur that the advisory board had no input in the latest developments, and NICH has issued a statement distancing itself from the decision, after its logo “inadvertently” appeared on Enriquez’s statement.

When we asked her about the inputs of the advisory body, Enriquez said: “Yes, we do have an advisory board that consists of a team of local and international leaders in the community. While we do value their input with plans and ideas, we ultimately make our own decisions.”

She added that, “In the future, we would like them to have more involvement and allow them to vote. This would be a great addition and improvement.”

“I look forward to moving forward on a positive note and to see Rebecca Rath continue to shine as Miss Belize Universe 2016 (as she was never dethroned) and to see Marcia put us back on the map in Japan this November,” Enriquez told us.

Enriquez claims, though, that, “…in the near future, Mr. Elrington and I will get together and discuss a way forward.”

“We are also looking forward to having all parties of the company resolve this situation amicably and without further damage,” the release said.