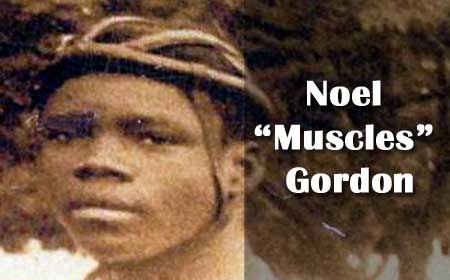 Belize will be graced by the presence of Belizean cycling legend Noel “Muscles” Gordon, who will be visiting Belize for the 2017 September celebrations from September 8 to 23, some thirty-one years since his migration from Belize.

Gordon, before he first left Belize in 1972, had almost become Belize’s 1971 Holy Saturday Cross Country Cycling Champion that Mexican cyclist, Pablo Calderon won when Gordon rode into Belize alone. Gordon told “Belizean Legends” that, if it was not for a graded-down National Stadium track in preparation for the usual ending of the race, he would have won the race. However, the previous track, which he had trained on before in preparation for the race, was completely changed. He said that made him become very frustrated and angry when he arrived to do his laps around the track. He said that the track had become difficult for his bike to maneuver, and slowed him down; whereby allowing Mexican cyclist Pablo Calderon, another Mexican rider and Anthony Hutchinson to catch up on him and diminish his chance to win.

He told “Belizean Legends” that, while coming back from Orange Walk into Belize City, Hutchinson, his teammate, decided to stop and fix his bike; and that was when Mexican rider Pablo Calderon and his Mexican teammate unleashed a vicious ride against him that almost succeeded in destroying his strength and taking him out of the race. But the powerful and enduring Noel “Muscles” Gordon said that he was too strong for them, and was able to ward off the attack and ride away alone into Belize City. 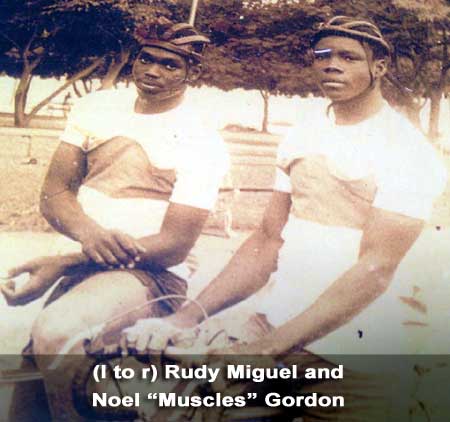 Noel “Muscles” Gordon became the first Belizean cycling sprinter to win Mexico’s renowned 90-mile Ciudad del Carmen Cycling Classic in 1971, after riding the Belize Cross Country. Gordon said he won the 30 Mile Classic, the 60 Mile Classic, and later the 90 Mile Classic, where he outsprinted the 1971 Belize Cross Country Cycling Champion, Pablo Calderon, by a bicycle length. He mentioned that, if it had come down to a sprint at the National Stadium, on the track that he had trained on with teammate Rudy Miguel, Pablo Calderon would not have been able to beat him at the finish.

Gordon said that he had placed second, third and fourth in the Belize Holy Saturday Cross Country, and had only ridden the race for four years before he left Belize. He also mentioned that he had ridden seventeen other cycling races in Belize during his career, and had only lost one. He has gone down in Belize’s cycling history as one of Belize’s best cycling sprinters to date, and the first Belizean cyclist to have dominated all three of Mexico’s Ciudad del Carmen Cycling Classics.