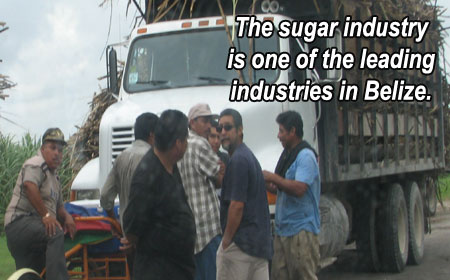 “The positive outlook reflects our view that new foreign direct investment in Belize’s export sector is raising the country’s economic growth prospects and that this growth will support Belize’s external liquidity over 2014-2017,” S&P said, citing “the new $140 million sugar investment as demonstration of an improving political climate for investment.”

It said that new investments in sugar and nontraditional agricultural products have raised Belize’s economic growth prospects in the export sector, and could furthermore improve Belize’s external liquidity.

“The positive outlook reflects our view that there is a greater than one-in-three probability of an upgrade if Belize’s economic growth potential improves and the government addresses upcoming external liquidity pressures related to nationalization compensation claims in a timely manner,” said S&P, which added that compensation could total about 15% of GDP (or over BZ$400 million) payable over 2016-2020.

The ratings agency said that the Government of Belize’s debt remains a little more than 60% of GDP (after central government deposits currently totaling about 10% of GDP) with a manageable interest burden of 10% of government revenues. It added that the Government is actively strategizing the payment of external obligations related to the nationalization of two utilities by using government deposits financed by the PetroCaribe initiative and reopening its 2038 bond (for up to US$75 million).