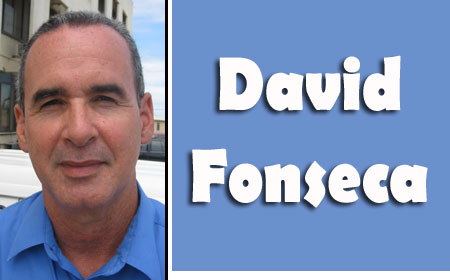 BELIZE CITY, Mon. May 4, 2015–Sometime after 2:30 p.m. on Thursday, April 30, police visited the Stuart’s Alley home of former Belize City Mayor David Fonseca, located near the Tourism Village, as word began to spread that Fonseca, the first person to be elected outright as mayor, was dead.

One day before his 61st birthday, Fonseca was found in the bathroom of the upstairs of the two-storey house with an apparent gunshot wound to the head and his .9mm pistol in his hand. Even though police pathologist Dr. Mario Estradabran was summoned to the scene, so far, police have not issued a report on the suicide death of the businessman and retired People’s United Party (PUP) politician.

In life, David Fonseca was a quiet man, whose humility had enabled him to serve a full 16 years in City Hall, the last 6 as mayor. Fellow city councilors who served under his stewardship described him as “the people’s mayor,” because of his willingness to give an audience to anyone and everyone who visited his office.

PUP Leader Hon. Francis Fonseca told reporters today, “It is obviously a deep personal loss for me, our family, and also a loss for our party, because as you know, David Fonseca was a longstanding member, supporter and a servant of the People’s United Party. He was not only my cousin, but also a friend, someone I had a great liking and a great regard for, a decent man.”

Fonseca said that when these things happen, faith must be placed in God – as a family and as a Party. “It is not for us to judge,” he said.

Fonseca added that the last time he saw the former two-term mayor, he was talking about watching the Floyd Mayweather fight and celebrating his birthday.

“We are very grateful for the outpouring of support from all across the country. We just have to put our faith in God,” Fonseca said.

Yasmin Shoman, the present PUP Collet standard-bearer and a former city councilor and deputy mayor under Fonseca, told Amandala today that Fonseca was her logistics coordinator for the Collet Division, and in that capacity, they met on a weekly basis.

Shoman said, “two days before he took his life, we were together.”

“He seemed pretty normal, but I did pick up that he was a bit pensive, a bit distant and withdrawn, not the normal David that I was used to over the years,” Shoman said.
Amandala asked her, “When you heard that he took his life, what was your reaction?”

“It was a tremendous shock,” Shoman replied.

Shoman added that as Mayor from 1999 to 2006, Fonseca supported a lot of small business initiatives. “Those little Coca Cola booths that you see around the city, he is the one that started it,” pointed out Shoman.

Fonseca would be defeated as Mayor by Zenaida Moya in 2006. Moya would reveal shortly after taking office that the former Mayor had used some Council money for which he had no authority and in ways that were unauthorized. Fonseca would later work out a deal to repay the money, and that was how his public life ended.

“David Fonseca was a human, and like all humans we have our mistakes, but the good far outweighs the bad. For him, service to the people came first. He never sought any accolades or glory. When you can walk with kings and never lose the common touch, and leave the world a better place, David Fonseca succeeded,” Shoman declared.